It’s a partnership that likely will set some tails wagging in excitement. In December, Carson’s Brewery and It Takes a Village No-Kill Rescue launched a specialty brew to help raise funds for the shelter and support local businesses and restaurants.

“We had the idea to look for some strategic partners in the community,” says Carson’s sales representative Matt Easterling. “In our mind, we thought it would be with a retailer. Then Brian Buxton from ITV reached out to us, and his idea fit the mold we were looking for.”

Buxton’s idea was to offer a beer crafted especially for ITV to bring in funds for the nonprofit and more community awareness about the shelter.

“People don’t realize it takes $25,000 to $30,000 a month to keep ITV’s doors open,” says ITV board member and F.C. Tucker Realtor Missy Mosby. “So Brian came up with this amazing idea to try to get residual money coming in monthly to help.”

Labeled “Fur-ever Home,” the drink is a tropical ale — a light-bodied blonde beer with pineapple and passion fruit notes and a little dolce flavoring added to give it a touch of sweetness.

“It’s not overpowering, it’s not super hoppy, but it’s something everybody can enjoy,” says Buxton, an ITV board member and owner of Buxton Motors. “Hopefully it’s really popular and can stay on permanently; then we can offer other flavors.” 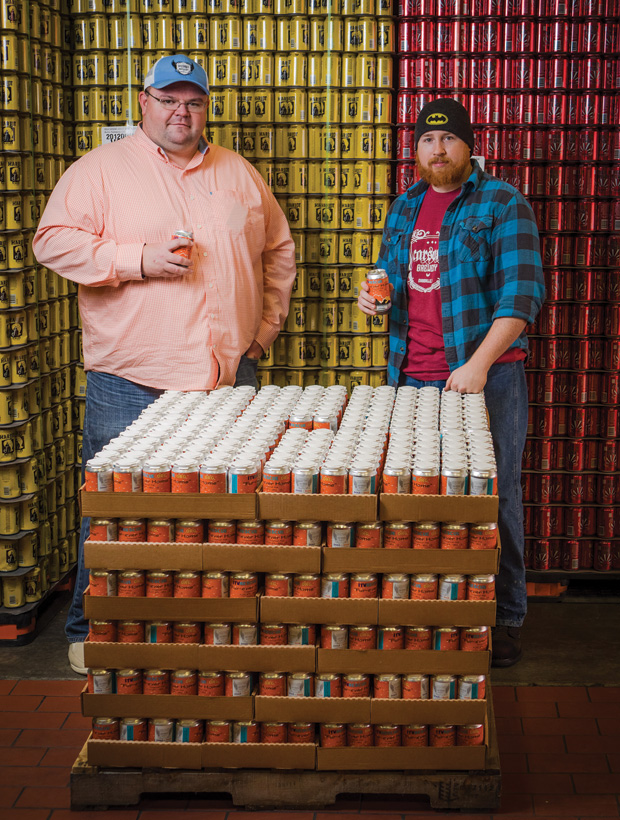 ▲ FOR THE DOGS  // Carson’s Brewery teamed up with It Takes A Village No-Kill Rescue to release a special brew in December labeled Fur-ever Home. Above, Carson’s employees Matt Easterling and Brian Hatfield gather around some of the 32,000 cans of the tropical ale that Carson’s has filled for sale..