A is for Artifact

A fascinating city smack in the middle of the country, Evansville has an interesting person, place, and thing for every letter of the alphabet. The River City loves to celebrate its contributions to history through museums, monuments, and most importantly — our letter “A” — artifacts.

While we could spend weeks digging through the abundance of iconic Evansville artifacts, our attention was caught by one familiar sign in particular. Signage from the filming of “A League of Their Own” still hangs proudly around Bosse Field and is an artifact many residents speak of proudly. 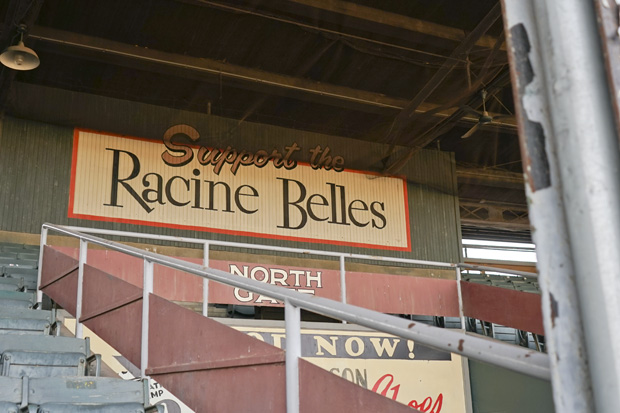 The home of the Evansville Otters, Bosse Field was used as the homefield of the Racine Belles in the hit movie “A League of Their Own,” in 1991. Never removed from the stadium, the sign displaying the team from the All-American Girls Professional Baseball League states, “Support the Racine Belles” and represents Evansville’s cultural identity.

The Tri-State has a rich sports history and has been the site for several other films and TV shows. “A League of Their Own” also shot scenes in the home at 612 N. Main St., Henderson, KY; The Ribeyre Gymnasium in New Harmony, Indiana; and Hornville Tavern on Baseline Road. Another iconic location caught on film is the home on Runnymeade Avenue near the University of Evansville, which served as the home of the fictional Conner family in the sitcom “Roseanne.”

Want to get familiar with more artifacts and hidden items in the city? Read our stories on Hidden Evansville in the 2018 City View issue and Artifacts of the City in the 2015 City View!