Mountaintop views and under-the-sea experiences are among the many attractions of Eastern Tennessee. It’s an area of natural wonders and creature comforts, history and novelty, a place within reach and beyond expectations, and a place for a backpacker and a lover of luxury.

I recently traveled to the Great Smoky Mountains, visiting the familiar places including Pigeon Forge, Gatlinburg, Sevierville, Townsend, and other sites in Tennessee. And then there were some hidden wonders, such as Blackberry Farm — which is known worldwide but perhaps not so well here at home.

At the heart of this area is the Great Smoky Mountains National Park, chartered in 1934 and now the most visited national park in America. More than 9 million visitors a year enjoy its half-million acres, one of the largest protected areas in the Eastern U.S. It is one of the few national parks where no entrance fee is charged. In this area is the Great Smoky Arts and Crafts Community, with some 120 artist studios along an 8-mile loop, which is said to be the largest group of independent artisans in North America.

The Sunny Side Trail gives visitors access to back roads and Appalachian country, along with blacksmiths, carriage makers, glass blowers, and potters at Gatlinburg’s Great Smoky Arts and Crafts Community. The Rocky Top Trail tours peaks, caverns, rivers, and rapids. The Roaring Fork Motor Nature Trail offers easy access to lush mountain wilderness. For outdoor skills and ecology education, the Great Smoky Mountains Institute at Tremont offers multi-day programs and summer camps for student groups from throughout the South and the Midwest. The Great Smoky Mountains Heritage Center in Townsend celebrates the history and culture of Native Americans and mountain residents; nearby Cades Cove includes a tour of early pioneer farms and 19th Century rural life. The Arrowcraft Shop and the Arrowmont School of Arts and Crafts in Gatlinburg offer interaction with artists-in-residence. The privately-owned Little River Outfitters will help anglers pursue their fly fishing fascination in the park’s 800 miles of wild trout streams.

Luxury sites and other high points

Gracehill Bed and Breakfast in Townsend is said to be “the highest home in the county,” bordering the Great Smoky Mountains National Park. It’s a multiple-award winner, including one for Best Scenic View from a B&B in the U.S. from Inns Magazine.

The Buckhorn Inn in Gatlinburg is a “classic country inn” with elegant accommodations and fabulous mountain views. The Buckhorn Inn provides meals for its lodgers and also for a few fortunate dinner guests (including me and three companions on our tour of the area). The “rustically elegant” lodge at Buckberry Creek offers wine and cheese at a creek-side pavilion and such niceties as in-room massages and a dining area with a view of Mount LeConte.

Another top-of-the mountain opportunity that lets visitors see forests and creeks from above the treetops is on a zipline tour at FoxFire Mountain Adventure Park (my most exciting memory). The newest zipline at 475 feet is the highest in the South — and for the sake of comparison, that’s about 225 feet higher than the tallest building in Evansville.

A remarkable — and for many people, more comfortable — view of the mountains is aboard the Ober Gatlinburg Aerial Tramway, traveling to and from the summit of Mount Harrison and Ober Gatlinburg Ski Resort and Amusement Park. It’s the place for ski trails and snowboarding in the winter, great scenic views in spring and fall, and ice skating year-round.

A high spot for me — even staying on solid ground — was the Tennessee Museum of Aviation in Sevierville and seeing two air-worthy Republic P-47D warbirds made in Evansville. Even inside the hangar, these magnificent machines from World War II seemed eager to be airborne. (Perhaps one or both of the P-47s might become regular visitors to the Freedom Heritage Museum being located at the Evansville Airport. Museum President Richard Litov says more than 300 items were produced in Evansville during the war.)

Family friendly and deep in history 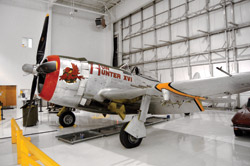 Visitors preferring horses over airplane horsepower will enjoy Dolly Parton’s Dixie Stampede in Pigeon Forge, which is a dinner show like no other. The family-friendly 2015 season opened in mid-February with trick riders and aerial acts. The Christmas show will open in early November, featuring 32 horses, toys that come to life, and a live nativity scene.

In contrast to the bright lights and mountain vistas is another attraction, Tuckaleechee Caverns, known as the “Greatest Site Under the Smokies” and rich in history and lore. Going even deeper, Ripley’s Aquarium of the Smokies takes visitors through clear, underwater tunnels to see 12-foot sharks, exotic sea creatures, and playful penguins swimming alongside and overhead.

If there’s one thing that can be said about the attractions of the Smoky Mountains and Eastern Tennessee, it’s that no one can say all that should be said. From morning mist on a mountaintop, to a musical variety show at the Grand Majestic Theater in Pigeon Forge, from well-known Dollywood to quiet spaces, the superlatives come easily: the best, the biggest, the highest, the oldest, and most memorable.

The best for last
One last superlative must be included in this all-too-brief overview — the most luxurious and understated elegance of Blackberry Farm. It simply is one of America’s most celebrated hotels. Both luxurious and intimate, situated on almost 10,000 acres in the Great Smoky Mountains, it is one of the top-rated properties in the world. It is at once a place of breathtaking scenery, Southern hospitality, and gourmet cuisine, offering fly fishing, horseback riding, and other sporting activities as well as yoga, barre, wellness, and beauty care. 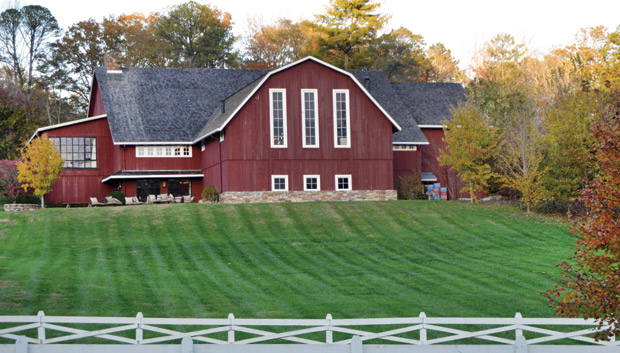 My one-hour tour of Blackberry Farm by golfcart and Lexus was in some ways, a lot like my zipline — exhilarating, but all too short, and begging for a return visit.