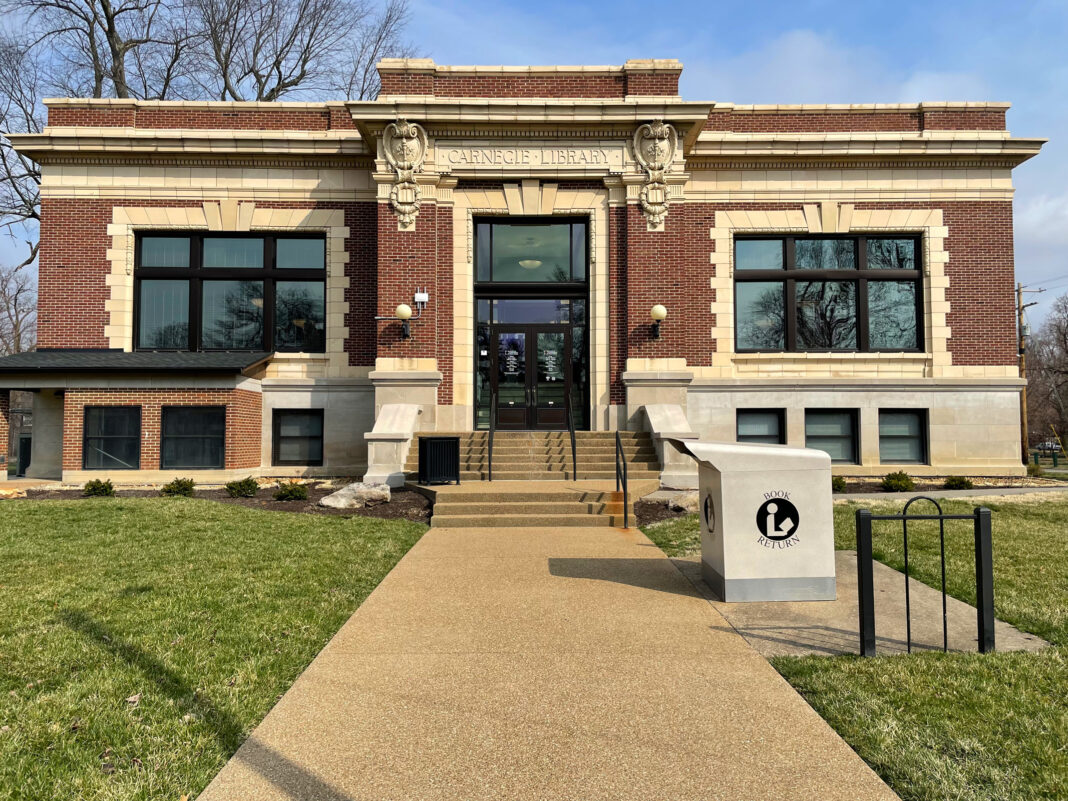 Public libraries have long been places for people in the community to gather to interact, learn, and explore — all qualities that supplied the foundation and spurred the growth of the Evansville Vanderburgh Public Library.

Between 1886 and 1919, wealthy industrialist Andrew Carnegie donated more than $60 million to construct 1,689 library buildings in communities across America, including three in Evansville.

EVPL’s East and West branches, both still in operation today, opened in 1913 and were funded by Carnegie. Both branches opened with more than 5,500 volumes combined. A third Carnegie library sat on Cherry Street and served as a segregated branch until 1955, when it was sold to the Boy Scouts’ Buffalo Trace Council. The building was razed in 1970 to make room for Welborn Baptist Hospital’s expansion.

“I just read a book about libraries being community spaces, and that was historically Carnegie’s idea of libraries,” says Linda Baker, experience manager at EVPL East. “His intent was it wouldn’t just be a place for books, but a community space.”

EVPL East — on East Chandler Avenue next to Bayard Park — and West — on West Franklin Street — have stayed true to Carnegie form in their 109-year history, with each sitting in a park setting and containing meeting rooms, public access computers, adult and youth areas, and hosting public events throughout the year. Apart from updates to both branches in 2003, the libraries remained largely untouched until March 2020, when EVPL East underwent extensive renovations to install new basement flooring and rework plumbing. Work lasted through October 2021.

“People of course come here because there are books, movies, and music, but they also come just to connect to other people,” Baker says. “It is a part of the community, not just a building that happens to be here on Chandler.”

The Art of Business