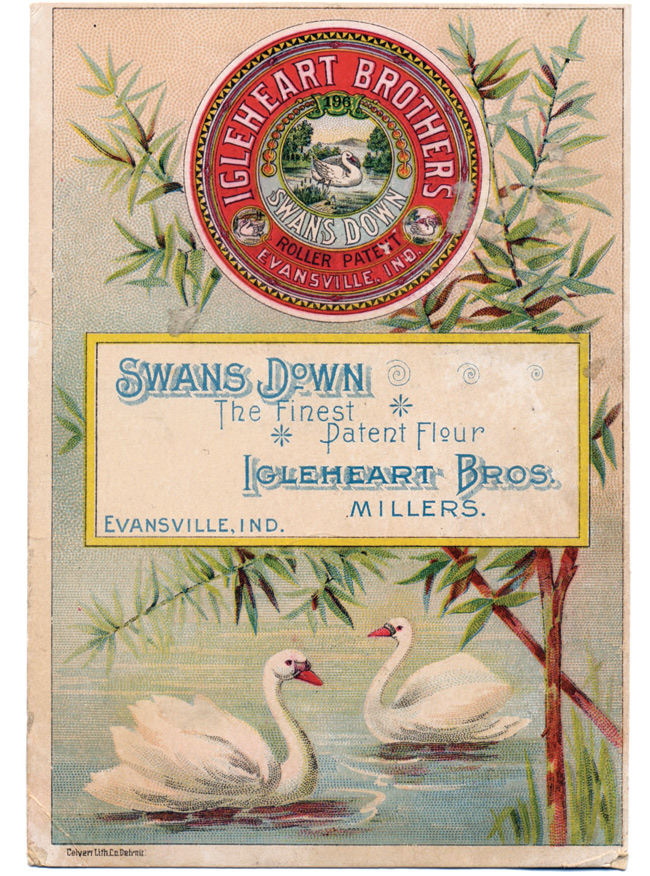 No one knows Evansville Americana like Dennis Haire. He and his wife, Margaret, love to preserve the history of this city, and their collection of local historical items extends from 1848 to the 1960s.

Also providing context is Bill Bartelt, a historian who is the president of the Newburgh Museum Foundation. Here are several of those items: 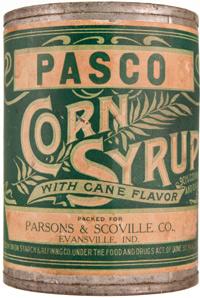 ◄ This can dates from around 1910-15. Parsons & Scoville Co., commonly referred to as Pasco, owned the wholesale grocery warehouse. The 75,900-square-foot building constructed in 1908 was originally built with five floors, but a sixth floor was added to make room for coffee-packing equipment. The building was later known as the Curtis Building and is now called the Landmark Center.

► This item was a promotional reusable handle for little de Jong’s shopping bags. De Jong’s was a well-known Evansville clothing and apparel store that opened in 1896. Its Third and Main location has been converted into The Marlocon condo community. 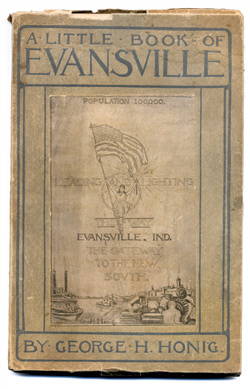 ► Honig was an artist and sculptor who had a permanent studio in Evansville. He is probably best known for his bronze sculptures in front of the Downtown Memorial Coliseum. A Little Book of Evansville contains more than 30 lithograph sketches of Evansville. 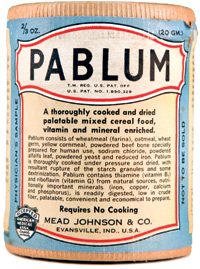 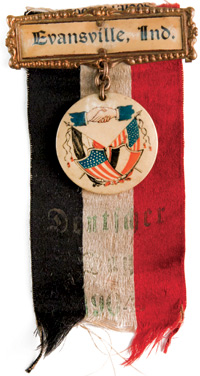 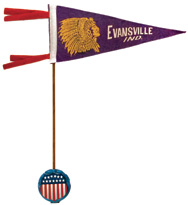 ◄ This ribbon from 1904 includes a pin with interwoven flags from the U.S. and the pre-World War I German Empire. German Day was a big event in Evansville for many years until it ended in 1916 as a result of anti-German sentiment during the war.

► These kinds of flags were common in the late 1800s to mid-1900s and were sold in shops to promote your community. The stand, which features an American flag, was used to clamp on to a bicycle during a parade, for instance.