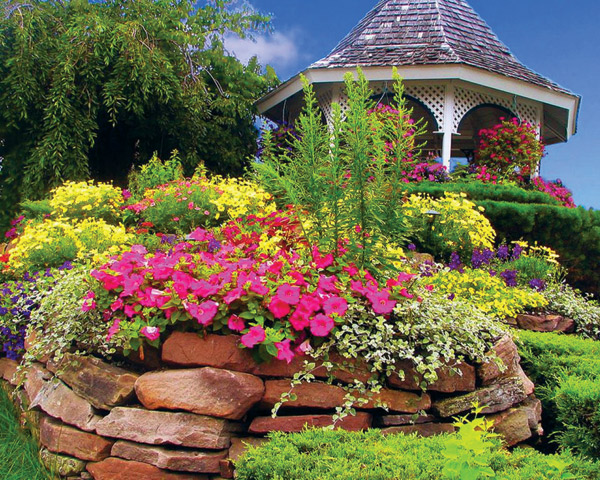 Last spring I met with a client who had never owned a new landscape before. The owner didn’t quite understand how various plants grow and change as the landscape matures. Since we planted the garden late in the year, there hadn’t been much progression. The plants were going dormant and not growing strongly. When I met with them in April, our spring was still cold and blooms were slow to come out. While walking around the yard, it became an ongoing joke that the plant wasn’t dead and would still come out this spring. Although I was correct most of the time, there were a few plants that truly were dead and needed to be replaced.

While working with this client, I was reminded that a part of my job is to educate property owners on their landscape and voice my intent when installing it. Although their landscape is fresh, new, and looks wonderful, it is not exactly where I intend it to be. A new landscape often isn’t to its prime until around the third year. While talking with the client, I reminded myself of the old saying about the plants of newly planted landscape: sleep – creep – leap.

When purchasing any new perennials, shrubs, and trees, it is important to know that during the first year you are mostly purchasing the root system. The plant itself is generally the size it will be for the year.  It is not uncommon for plants to go through a bit of shock during their first year and go into early dormancy. Although you might think the plant is dead, there is a good chance it might come back out in the spring. Wait until the following May to see if the plant grows or not.

Creep
During the second year of growth, the plant will grow, flower, and bloom, but much of the growth will continue to be in the roots. Although you might not see the plant grow as much as you think it should, there is more occurring under the soil that you can’t see as the plant establishes itself.

Leap
Once a plant has established itself, it is well rooted in and able to push out strong growth. For this reason, we always encourage our clients to get on a maintenance program. This is the most important in the second and third year.﻿

Brian Wildeman is a landscape designer at Landscapes by Dallas Foster, Inc., 829 Canal St. He can be reached at 812-882-0719 and dallasfoster.com.