A Battle With Pan Can 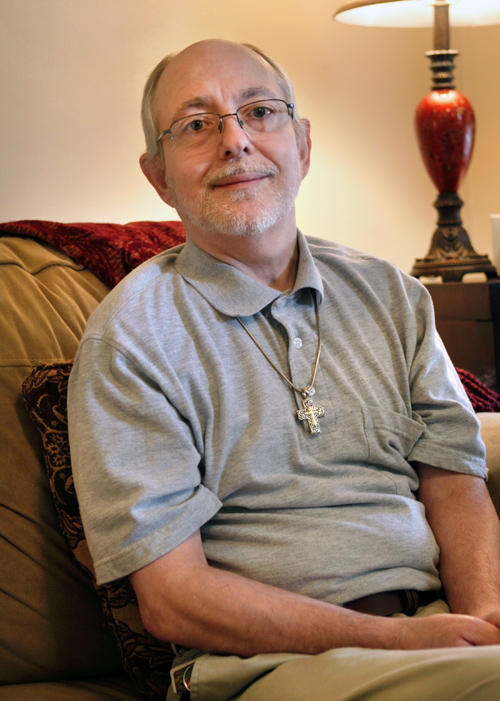 On Sept. 15, 2003, John Harris experienced the worst pain he had ever felt in his life. It unrelentingly stabbed at his back and stomach. He went to the emergency room where a doctor injected a pain medication into Harris’ screaming torso. Four shots later, the pain had not subsided. Dr. Scott Watkins ordered a CT scan. Upon seeing the results, Watkins walked into Harris’ hospital room in Henderson, Ky. He passed Harris’ wife and son, keeping his eyes on the floor, Harris recalls, until he reached the window. Watkins had this news: A five-inch mass was inside Harris’ six-inch pancreas.

Jobs’ battle was similar to the one Harris has faced for the last eight years. The Henderson native has undergone a distal pancreatomy and splenectomy, procedures to remove part of his pancreas and all of his spleen. He’s had chemotherapy and radiation treatments while he continued to work as a machine operator at a company manufacturing a variety of products including faucets. During the treatments, he was attached to a fanny pack pumping chemo drugs into his body. When he finished each round, Harris tried to gain enough strength to work. He routinely lifted stacks of trays weighing 30 or 40 pounds. “I was physically drained to begin with,” Harris says, “and I still did it.” Thus the life of a one-income family.

Today, Harris suffers from the cancer that refuses to leave his body. It is at stage 4 now — inoperable. He spends most of his time at home. He has dropped several pounds from his frame. He looks fragile. Yet, he feels fortunate.

His eight years with the cancer have made him an unpaid spokesperson for a disease that desperately needs more funding and research. Harris’ efforts earned him the Pancreatic Cancer Action Network’s 2010 “Community Representative of the Year,” and in November 2011, known as National Pancreatic Cancer Awareness Month, he has lived to spread that message further. “I’ve been blessed,” he says. “I’ve been a spokesman for a disease that kills most people in six months to a year.”