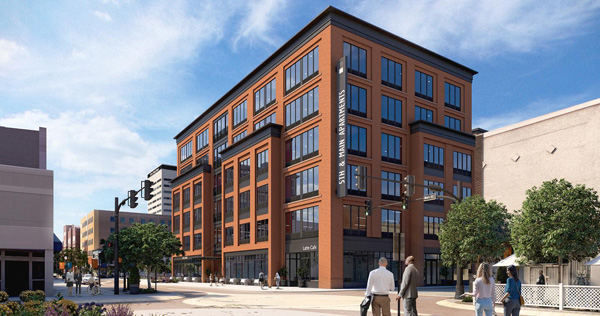 Evansville’s tallest building will no longer command the city’s skyline after developers concluded the structure was unsalvageable.

The 18-story building at the corner of Fifth and Main Streets has several problems not only with the structure of the building but with plumbing and electrical work. In light of this news, demolition of the building will happen in early 2021.

“Nobody wanted to see the tower come down, but it became clear the previous owners had done nothing to invest in it,” says Candace Chapman, executive director of the Downtown Evansville Development Corporation. 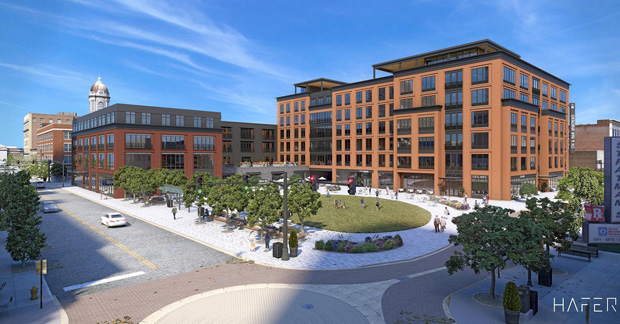 Domo Development, owner of Fifth and Main, also plans to demolish the nearby Sycamore building. A six-story and four-story building will be built, including commercial space, office space, 126 apartments, and a rooftop deck. A new city-owned park and underground parking also is planned.

“It’s really a rare opportunity to be able to redevelop a whole block at one time,” says Chapman.

The original project faced numerous roadblocks due to the COVID-19 pandemic. Chapman says after the six-month demolition process, construction on the new buildings is expected to take another 18 months. Domo is working with a local bank to finalize funding and is applying for a Redevelopment Tax Credit through the State of Indiana.