As restaurants, businesses, schools, and community organizations were shutting down in March 2020 in the wake of the first wave of COVID-19 infections, teachers and advanced dancers at Newburgh Academy of Dance created instructional videos for students to view and practice with at home. It was a dramatic departure from the camaraderie students were used to during lessons, but for academy owner Karen Jordan, keeping momentum going and spirits high was the objective.

“Online classes while we were totally closed for three months were not within my comfort zone,” Jordan says. “My daughter grabbed her phone, and we winged it. We had to stop filming many times because we would be laughing hysterically at how amateur we were.”

The 9-year-old academy at 718 State St. in Newburgh, Indiana, offers classes in ballet, tap, pointe, tumbling, and dance team skills for students ages 4 through adult. Students’ dance experience ranges from months to years, and all participate in annual productions for the academy.

This year’s production of “Cinderella” will have an active stage: The cast features upwards of 60 dancers. One tiny dancer is 5-year-old Olive Labhart, a first grader at Newburgh Elementary School who portrays a mouse. Her mother, Sara, says Olive has “been dancing since she could walk,” but it was a freestyle class that led them to ballet instruction. 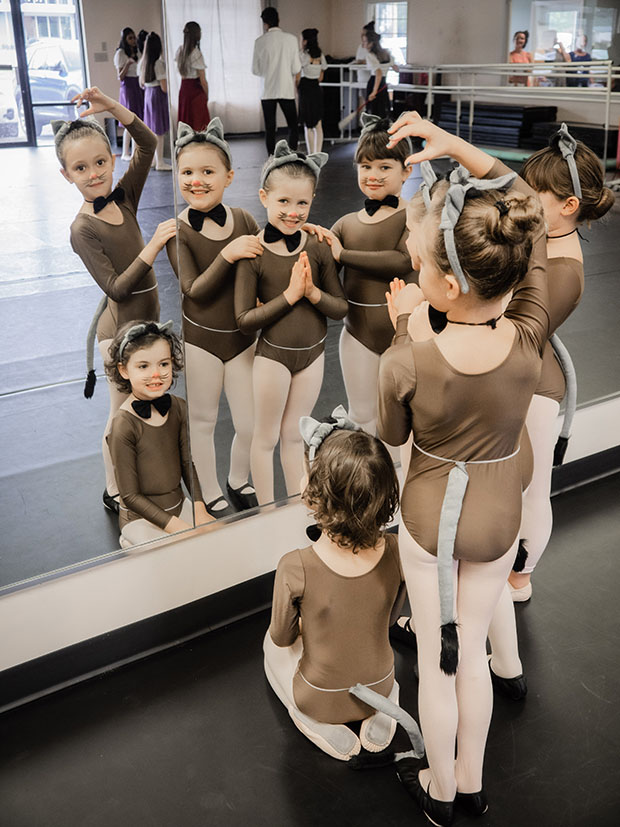 “She took a freestyle class, and her dancing was ballet-like, so we sought out a ballet class,” Labhart says. “She definitely prefers ballet. It’s so natural for her.”

Arushi Gandhi’s performance as Cinderella will be her final dance with the academy: The 18-year-old Signature School senior will depart for college next year to a school yet to be determined. Her prince is played by 18-year-old Samer Nassif, a native of Deir al-Qamar, Lebanon, who is a sophomore majoring in marketing at the University of Evansville.

The academy occasionally invites family members to attend dance classes with students. Dance troupes also perform at area events such as United Bank’s Community Day and at the Allen Family Amphitheater in June. Its 2019 performance of Dr. Seuss’ “The Lorax” benefited the children’s programs at Bell Oaks Library in Newburgh.

The Newburgh Academy of Dance’s production of “Cinderella” will be staged at 7 p.m. Nov. 20 in the Boonville High School auditorium, 300 N. First St., Boonville, Indiana.

Move to the Beat ~ newburghacademyofdance.com