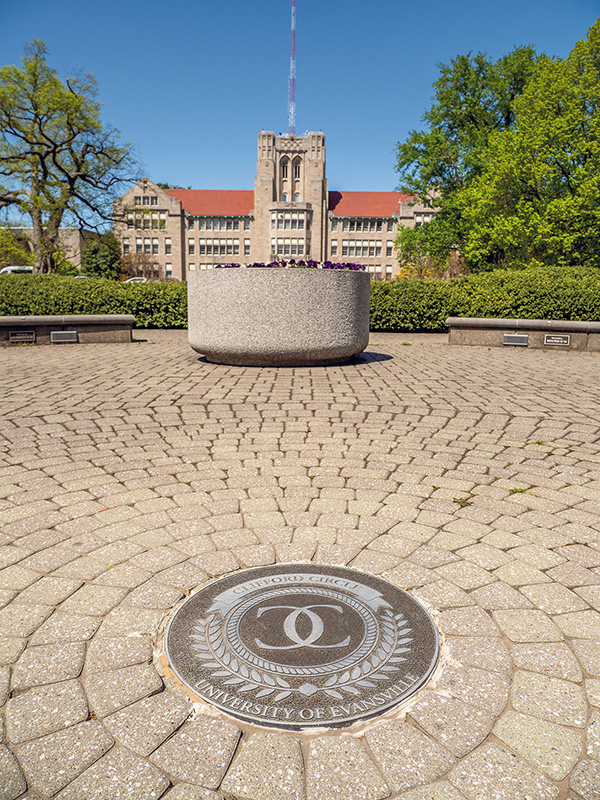 The University of Evansville has a compact campus, but it is filled with beautiful outdoor spaces, including the mysterious Echo Point. Called fondly by its unofficial name, Echo Point is the exact center of Clifford Circle in the Sesquicentennial Oval — UE’s front lawn that faces Lincoln Avenue.

Bob Dale, manager of grounds and maintenance since 1987, says it was discovered after limestone benches and brick pavers were symmetrically installed between 1997 and 1999. Upon strategically standing in the center of the circle, students found they could hear their voices echo.

“Students created all sorts or rumors over the years as to how the echo was created,” says Dale. “The area became a focal point for students to meet.”

Now marked by a plaque, Echo Point is a key part of UE’s tours and philanthropy, as a 2004 project enhanced the echo and beautified the circle with the names of significant donors and supporters of UE.