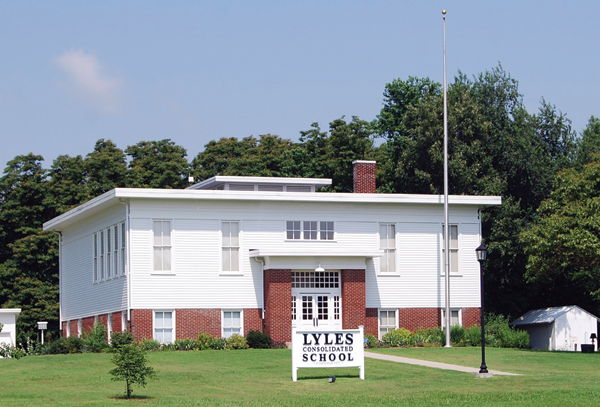 Traveling to Washington, D.C., from Southern Indiana is no small feat, especially when the 730-mile trek is in a tour bus. However, a September trip to the nation’s capital was worth the effort for a group from Lyles Station, Indiana. At the end of the line, they would witness the historic ribbon cutting of the Smithsonian National Museum of African American History and Culture.

Evansville Living toured Lyles Station Consolidated School in the January/February 2016 issue (“History Comes to Life”), showcasing the school-turned-museum after the announcement of its inclusion into the Smithsonian. Many Lyles Station residents continue to farm the land their ancestors tilled before them.

Since earlier this year, Lyles Station residents gathered and donated more than 20 items to the museum’s collection. An exhibit about the community sits on the museum’s third floor and features the farming heritage of its residents, personal belongings, artifacts from Wayman Chapel Church, and a jar of soil from the original Greer family farm — established in 1855. The Greer family still farms the land today.

Stanley Madison, founder and chairman of the Lyles Station Historic Preservation Group, was a member of the group that traveled to Washington, D.C., for the ribbon cutting.

“When we get to Washington, the American people will know we have built a farming community that has helped feed the United States,” he told Washington Post’s David Montgomery, who also went with the group to the museum.

The National Museum of African American History and Culture was established by an Act of Congress in 2003, with construction of the building completed this year and opened to the public Sept. 24. The 400,000-square-foot building on five acres in the National Mall holds a collection of more than 37,000 artifacts, including several from Lyles Station.

Back in Indiana, Lyles Station continues its mission to save its school and keep its heritage alive. An active Facebook page promotes events such as the annual October corn maze and pumpkin patch, and encourages followers to volunteer or help through donations. Continuing the long tradition of teaching, the schoolhouse still welcomes fourth graders from around the Tri-State to learn about Lyles Station every year and invites anyone to visit and tour the building and grounds.