‘Be That Helping Hand’ 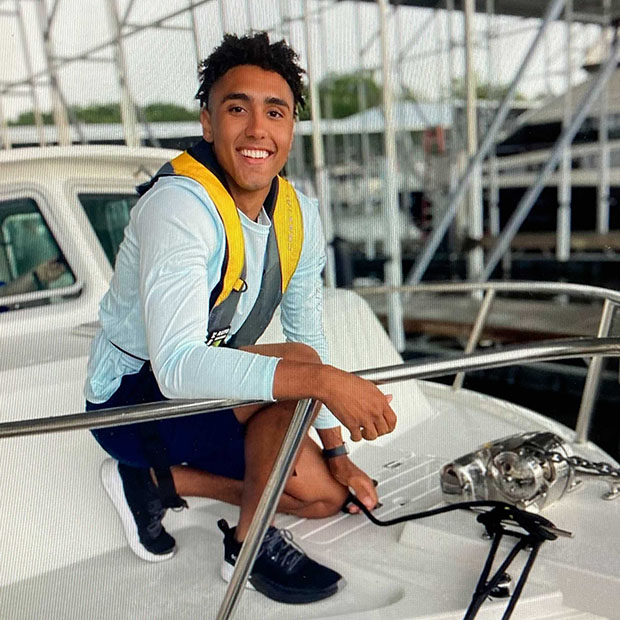 Under an overcast sky, 21-year-old Eddie Gill cast off from Dress Plaza on Evansville’s Riverfront and launched his inaugural Journey For A Cause on the morning of June 1. A Carmel, Indiana, resident with a lifelong love of the water, Gill embarked on a mission to draw attention to the lack of equity and accessibility in water activities such as fishing and boating.

Racial minorities — particularly Black people — have experienced decades of exclusion from water sports in the U.S., whether through discriminatory admittance guidelines at swimming pools or urban development restricting access to fishing spots. As a result, minority participation in water sports has suffered.

“There’s a lack of exposure, a lack of accessibility” to water sports, Gill says. “Since the beginning of our country, we went down this road where there was not equity amongst every individual. As that’s continued, we’ve seen intercity neighborhoods get smaller and more confined — compare them to nice subdivisions with lakes.”

“Now, it’s become this whole mindset,” he says. “I’ve found myself a number of times getting these looks or sideways comments: ‘You’re Black — this is not what you’re supposed to do.’ As I grew older, it became more and more apparent. When we turn on the TV and there’s a Cabella’s commercial, how many people of color are in that commercial?”

Gill says he’s encountered the exact opposite mindset within the fishing and boating community itself.

“It has been extremely welcoming,” he says. “I want to open people’s eyes to that. I want to put this in front of as many people as I can. … It may have been true years ago that minorities couldn’t go fishing or boating, but at some point, that cycle has to be broken. That history is definitely deeply rooted, and the goal of this trip was to challenge that.”

Gill eventually brainstormed an idea to undertake a multi-day voyage promoting diversity and inclusivity in water sports. He plotted a 10-day course across the Ohio River west to Kentucky Lake and then south to the Gulf of Mexico via the Tennessee-Tombigbee Waterway — a route that had intrigued him since childhood.

“My uncle had a client years back who was always telling him about this route they took from Indiana to the Gulf of Mexico. It was something I thought was cool,” Gill says. “Once I decided I wanted to do something for this cause, I figured that this was a route that I kind of knew a little bit about. I can touch as many different communities as I can.”

Gill was accompanied by his friend Justin, sister Kiara, and a captain each day of the voyage. His parents and grandparents switched places, splitting their time either traveling aboard the boat or driving a family car to the next town on the route. Gill says the crew was met with resounding support at each stop. 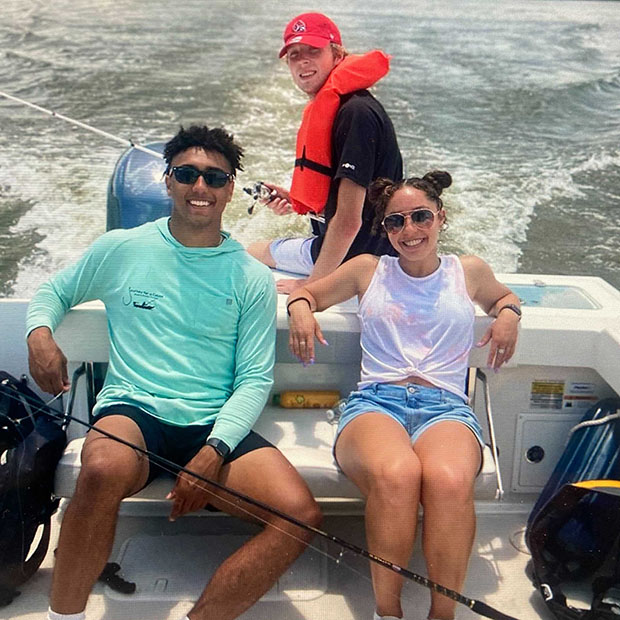 “The community response was great. Just about every stop we had, there was a very welcoming community,” Gill says. “People wanted to learn how they could support us. There was an enormous amount of support.”

He and his crew stopped in a different port every day to hold fishing demonstrations and promote participation in water sports, particularly among children.

“One of the biggest things is being there as a helping hand. Say there are some kids or someone who hasn’t been necessarily exposed to fishing — you can make an impact in one kid’s life,” Gill says. “Be that helping hand and put it out there in front of them.”

Gill says that no one stop stands out more than the others, but rather the entire voyage was meaningful.

“I really enjoyed all of our fishing events and working together with kids,” Gill says, estimating that 80-85 children — primarily between the ages of six and 11 years — were reached during community activities during Journey For A Cause’s port stops. “Quite a few had never fished. A couple had literally never caught a fish.”

Parker Boats came on board early as Journey For A Cause’s main sponsor. The company surveyed its upcoming inventory for a vessel matching Gill’s needs and then custom built a 2520XLD Offshore Sport Cabin Boat for the trip.

“I had a phenomenal experience with Parker Boats,” Gill says. “They flew me out to their facility in Beaufort, North Carolina, and I got to see the actual boat being finished.”

Although there are no concrete plans yet for another Journey For A Cause, Gill — a junior studying environmental science at Grace College in Warsaw, Indiana — says he’s determined to extend the event into the future.