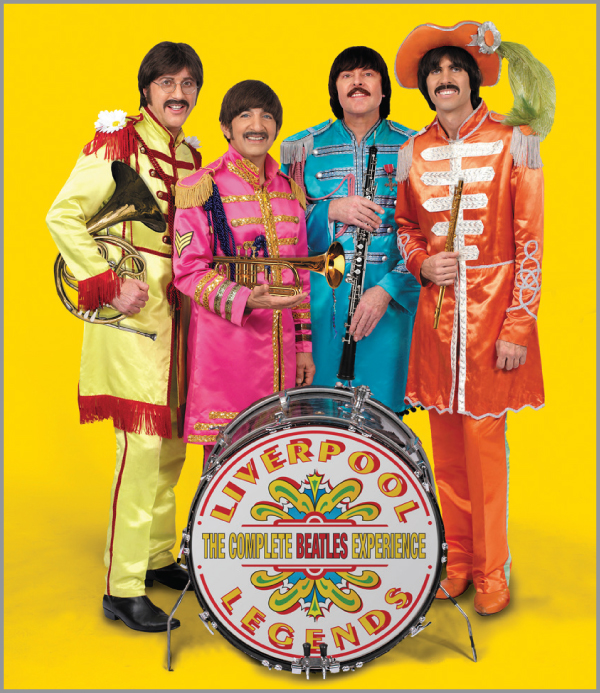 Fifty years ago, The Beatles came to America. On Aug. 30, it’ll feel like it’s happening all over again.

The “Come Together, Right Now with Liverpool Legends and EVSC” live concert featuring the Grammy-nominated Beatles tribute band of the same name and high schools students throughout the Evansville Vanderburgh School Corp. will perform at 7 p.m. at the Academy of Innovative Studies-Diamond campus auditorium.

The Liverpool Legends Beatles Tribute Band is comprised of four musicians and actors who were hand-picked by Louise Harrison, the sister of late George Harrison of The Beatles. The connection makes them the only Beatles tribute band in the world with a close, direct biological link to the original group.

Headlining their own production in Branson, Missouri, since 2006, Liverpool Legends have been voted Best New Show, Best Band, and Best Show.

Hosted by EVSC Friends and Alumni Association, tickets will be $25 (pre-event) or $30 at the door. Tickets may be purchased online at evscschools.com/alumni with credit or debit cards or with cash or checks at any Old National Bank branch in Evansville. Checks may be made out to “EVSC Alumni Association.”

The concert will offer students a chance to perform and sing in the show and also for fans to support the EVSC.

For more information about the Liverpool Legends concert, call 812-435-EVSC.