Best in the Midwest 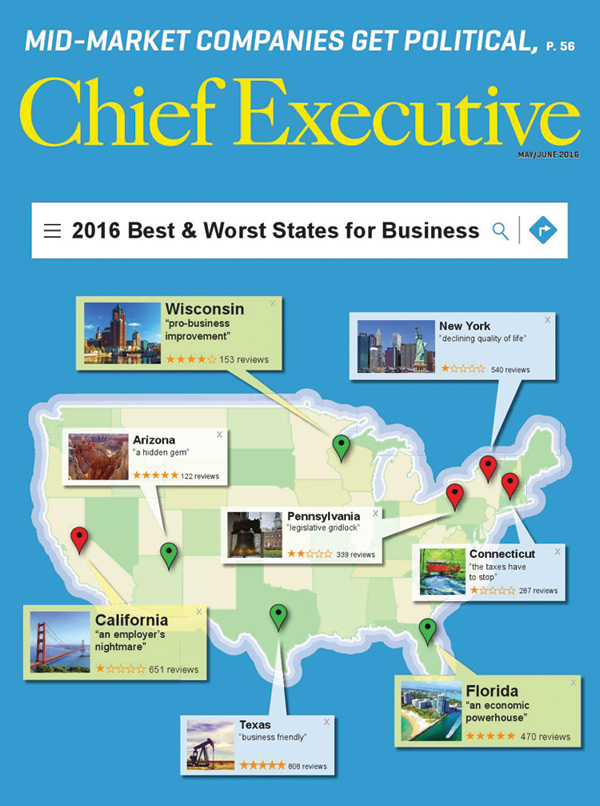 Indiana ranks as the best state for business in the Midwest and the fifth best in the nation, an improvement from last year’s placing at sixth.

“People look at Indiana and our city through a different lens than they did five years ago,” says Evansville Mayor Lloyd Winnecke.

He points to both international and local companies as the source of Evansville’s contribution to the state’s business landscape. Not only did the city attract China-based Haier Group’s first North American research and development facility in 2015, but Evansville also produces its own success.

Paul Saunders, owner of eLuxurySupply, started with a dream, says Winnecke. As a result of countless hours of hard work and determination, Saunders now operates one of the Internet’s most trusted and successful specialty linen providers.

“Evansville is a great place for entrepreneurship,” says Winnecke, “and this sort of entrepreneurial spirit really helps the entire state.”

Chief Executive magazine released the 12th annual ranking as a representation of more than 500 surveyed CEOs.

Surveys revealed that the deciding factors for those CEOs are friendly tax and regulatory climates, quality workforces, and strong living environments, which depend on low cost of living, solid education structure, and positive public attitude toward business.