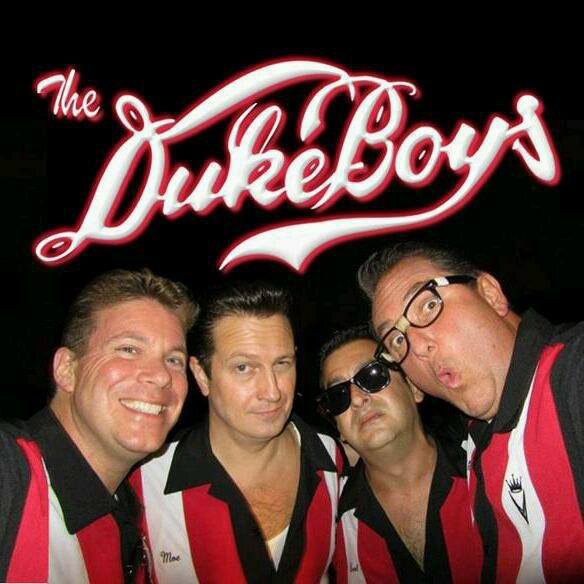 Doo-wop isn’t just for the 1950s, man. In Evansville, the well-known music group The Duke Boys has been treating River City residents to cool tracks for almost 40 years. This weekend (Jan. 11 and 12), the group returns to Tropicana Evansville for a two-night performance featuring their signature moves, look, and music.

“It’s been a little over a year since we’ve played at Tropicana and since the venue is new, we are looking forward to a good turnout,” says David “Gomer” Burke, the only original member still playing, singing, and traveling with the group. “Not a lot of local bands get to play at Tropicana on the weekends, and we enjoy playing there for people who may be watching us for the first time.”

Over the years, the group has found success performing all over Indiana and other Midwest cities. Today, they still book gigs at many fairs, festivals, and private events throughout Indiana, Illinois, and Kentucky. The eight members rock their unique nicknames (Gomer, Trickie Rickie, Woobie, Bobcat, Doc, Moe, Hoot, and Buster) and bring back fan-favorite hits such as “Rock Around the Clock,” “Blue Moon,” and the song that started it all for them, “The Duke of Earl.”

“It’s great performing and catching up with a crowd that may only get to see us once a year,” says Burke.

It’s hard not to have a memory of The Duke Boys if you grew up in Evansville and southern Indiana. From a performance on the annual West Side Nut Club Fall Festival stage to one of their first gigs in 1981 at the Great Ohio River Flatboat Race, the musicians have left their mark on many. For Burke though, one of the stand-out performances for The Duke Boys was at the Surf Ballroom in Clear Lake, Iowa, during the Buddy Holly Fest.

“We played on the stage where Buddy had his last performance. It was fun for us playing in a part of rock ‘n’ roll history on hallowed ground,” says Burke. “The trip was 21 hours one-way and worth every minute.”