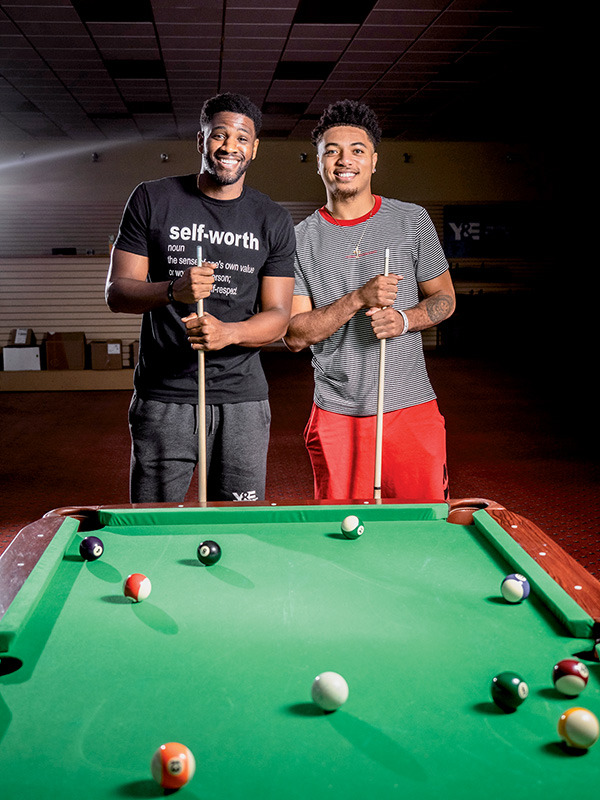 Big Brothers Big Sisters, Susan G. Komen, Student Government Association, and a student mentoring program — those were just a few of the organizations Courtney Johnson volunteered for during his time as a student at Indiana State University in Terre Haute, Indiana. When he transferred back to his hometown at the University of Southern Indiana in 2013, he knew there was a reason he needed to be in Evansville.

“When I came back, I noticed there was a lot going on in the community,” says Johnson. “Instead of asking, I just wanted to dive right on in and get involved doing little things — food drives, toy drives, little things here and there that really made me want to do more.”

One of the events Johnson organized was a park cleanup. He put a call out on Facebook, and more than 70 people showed up. That’s when he knew it was time to take things to the next level.

In 2014, he founded Young & Established as a 501(c)(3) to connect community members and youth needing help and specific services to others who could offer those resources. One of the main programs Young & Established offers is a mentoring and tutoring program for students at Benjamin Bosse High School (Johnson’s alma mater), Glenwood Leadership Academy, and Lodge Community School, where nine volunteers work with 25 students.

“The mentoring and tutoring is the biggest thing for us, because that was a huge gap I noticed once I went into the schools to ask if I could mentor personally,” says Johnson. “I went to Lodge, and they brought in eight kids. Then I went to Glenwood. I promised them I would mentor one kid and I told Lodge I would mentor one, but I ended up with 11 kids — three at Glenwood and eight at Lodge.” 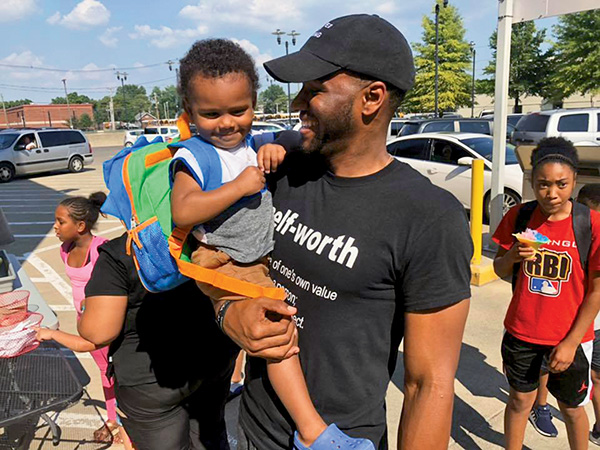 He mentored his group of 11 students for seven years, and many are still involved or have now graduated and gone to college. One of Johnson’s first mentees was Javen Layne, a then-eighth grader at Lodge and now Bosse graduate and incoming sophomore at Marian University in Indianapolis.

When Layne’s principal approached him and some of his friends at lunch one day to say there was someone who wanted to mentor them, they initially laughed it off. They were used to mentors who would only engage with them about once a month with little consistency. Johnson was different.

“Courtney would come like two times a week to see us,” says Layne. “He showed us that he cared a lot. He mostly sat down and talked to us and made sure we had our responsibilities down and heads on straight.”

Looking back on his experience in the mentoring and tutoring program, Layne says he would urge other students to at least give it a chance and not knock it until they try it. The program and Johnson’s influence made him take his education and future seriously.

“I got a full-ride to play football in college, and I don’t feel like I would have been able to do that if he hadn’t started to mentor us at the young age that he did,” says Layne.

Since its beginning almost seven years ago, the nonprofit has expanded beyond the mentoring and tutoring program to offer other resources. The annual backpack drive collects more than 700 backpacks for kids in the area, and the Suit Up program partners with Men’s Warehouse to provide suits, lessons on how to tie a tie, and professional development.

“We feel like every young man should have a suit,” says Johnson. “Whether it is for graduation or for church, you should have a suit and it should fit. It’s definitely important to feel confident and feel your self worth.”

After starting the backpack drives, they also noticed many people were struggling with the costs of back-to-school haircuts. Now, Young & Established has a monthly program where they connect with barbers to provide free haircuts to boys, and last year, they began doing hair and nails for girls going back to school. The nonprofit also offers a Boys to Men conference, multiple food drives throughout the year, and toy drives. 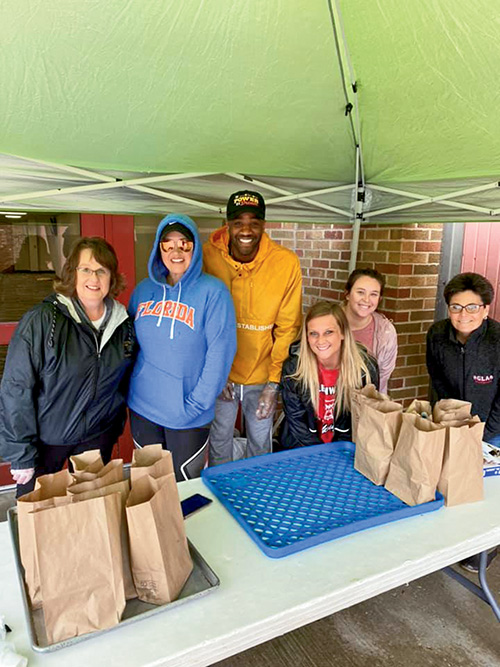 Another exciting venture for Young & Established was the opening of its center earlier this month at 1308 Vann Ave. By having its own building, the nonprofit will be able to expand its programming and have a permanent space for its existing resources. There will be washers and dryers for kids in the programs and their families to do laundry free of charge, a food pantry, and a place for kids to access the Internet, especially important in the event of virtual and online learning.

However, Johnson says one of the biggest goals of Young & Established is to continue to connect community members to areas of need throughout the city.

“I’ve always had a passion for serving and giving back, and I feel like it’s important for everyone to do their part,” says Johnson. “You don’t have to start a nonprofit; you don’t have to put an event together. But every single one of us can serve and help somebody in some type of way. It makes me happier to be able to give back to my community. Because I could be anywhere else doing this type of work, and it would be great. But to me, it just really means a lot more to be able to give back home.”