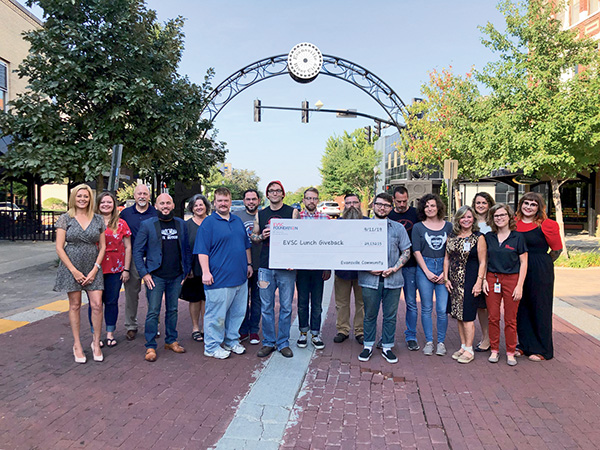 At the end of the last school year, the EVSC had $53,891.44 of student lunch debt — until Clint Hoskins, co-owner of High Score Saloon and F.J. Reitz High School alum, decided to change that.

High Score Saloon led the way by partnering with the Downtown Evansville Economic Improvement District to host the Night On Main event in July to raise money. Around 20 other local businesses and various individuals, hosted fundraisers and made donations throughout the summer (including a private donation from Olympic medalist and F.J. Reitz High School graduate Lilly King). EVSC Foundation Executive Director Maureen Barton says $34,132.15 was raised, with more fundraisers yet to conclude.

“Paying it down was important just because we’ve got a good school system that promotes community support and still offers a square meal to kids, even the ones who are behind,” says Hoskins.

Barton says the awareness brought to the EVSC allowed them to educate the community about common misconceptions. A negative lunch balance does not prevent students from graduating, and all students, regardless of lunch balances, are offered hot meals from the same menu.

“[Clint] shared this personal story of the positive impact an individual working in Tekoppel’s cafeteria had on him when he was in grade school,” says Barton. “He never forgot the way she cared for him when he was experiencing a difficult time.”