Transportation and infrastructure continue to be of importance in many projects through the city of Evansville. One ongoing project currently is prioritizing these two building blocks changing one of the city’s most trafficked corridors.

“The whole point of this project was to create a corridor along Walnut Street to kind of be the backbone for the city’s multi-modal transportation network,” says Schmitt. “When I say multi-modal, I’m referring to, not just standard cars, but being able to walk, bike, and use public transportation.”

Schmitt submitted this project in an application to the Regional Cities initiative after Evansville completed their bike and pedestrian master plan in 2014.

Former Indiana Gov. Mike Pence and the Indiana Economic Development Corporation launched the initiative to award $42 million to two regions for submitted projects — southwest Indiana was one of those selected. Funds from the Regional Cities initiative were distributed by the Economic Development Coalition of Southwest Indiana to a number of projects, including the streetscape. 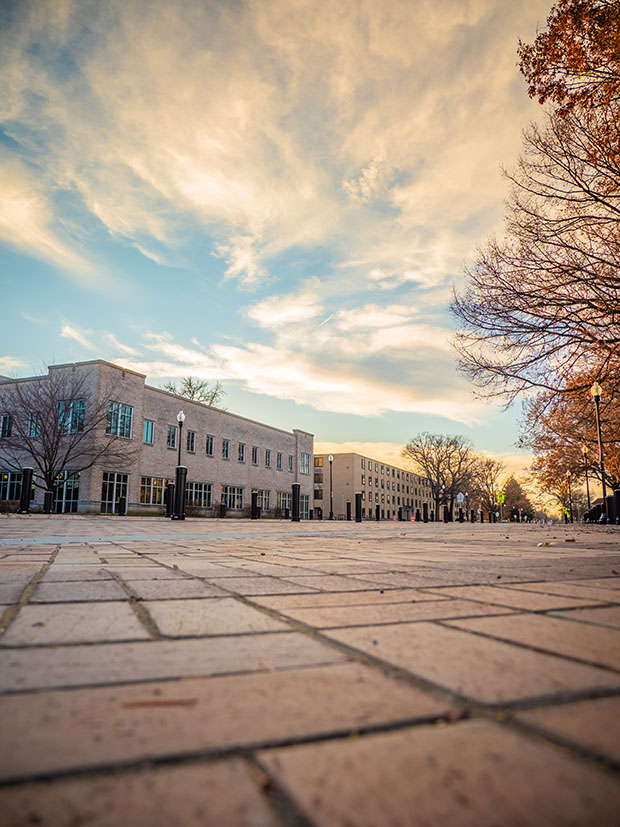 “This is a really neat project in that, if everything goes as planned, this will not require any funding out of my typical city budget,” says Schmitt.

To make construction and planning as efficient and timely as possible, construction on Walnut Street was broken into three phases. Phase One, Weinbach Avenue to U.S. Highway 41, was selected to be constructed first due to its lack of historical properties and right-of-way sections.

Right-of-way describes the city’s limitation to only make improvements within publicly owned and maintained grounds. The project includes extending the sidewalks and road-side paths, which the city owns, however private grounds a few feet beyond the sidewalk must be purchased from private owners in order to start construction.

Phase Two, which runs from Weinbach Avenue to Vann Avenue and is scheduled for contractor bids in Fall 2021, and Phase Three, stretching from U.S. Highway 41 to Martin Luther King Jr. Boulevard and set to open for bidding in January 2023, both include right-of-way purchases.

Currently underway, Phase One was selected first for another reason — it includes one of the University of Evansville’s main thoroughfares.

“Brent realized the University’s unique situation and presented an opportunity for us to do something more,” says Chad Miller, executive director of UE Facilities and Management Planning.

Miller worked with the city for the included updates, such as pavement, widened concrete sidewalks, and narrowing the road to two lanes. UE’s own funding was used to bring in Hafer Associates to design a new brick paver tabletop plaza adorned with the UE logo and install decorative light fixtures, raised paver crosswalks, and colored concrete slabs to define the boundary intersections at Rotherwood Avenue and Walnut Street.

The final touch was new signage and decorative bollards that can be removed from the plaza and placed into slots that will block traffic at Frederick Street, Weinbach Avenue, and Rotherwood Street for events.

“It’s an audible and physical feeling that something is different,” says Miller. “It’s a sense of energy — even if you’re not growing, you’re continually investing in the University and students see that.” 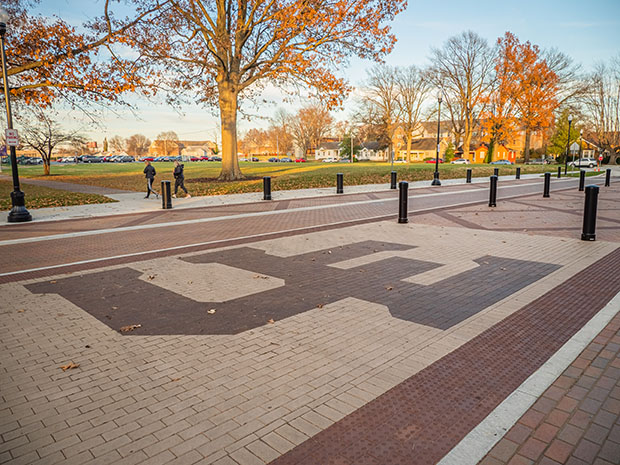 It is that same feeling and understanding Schmitt says he hopes the streetscape will bring to local residents.

“At the end of the day it’s about sending a message to the community that we care about our community and want to invest in it,” he says. “We are making very concerted efforts to improve our infrastructure and to do so in a thoughtful manner with the coordination of all our utilities and other departments.”

With UE’s portion completed and the university moving forward on their own projects, such as a new residence hall and Wellness Center, the streetscape’s Phase One makes its way down Walnut Street toward Highway 41.

The completion of the entire project is estimated for fall 2024. The result will be a functional and visually-pleasing corridor with a three-lane cross section (one-lane in each direction and a two-way left turn lane in the center), a 10-foot-wide concrete walking and cycling path on the north side, a five- to six-foot sidewalk on the south side, new traffic signals, new LED streetlights, upgraded utilities, and a connection to the pedestrian bridge by Vann Avenue across the Lloyd Expressway. 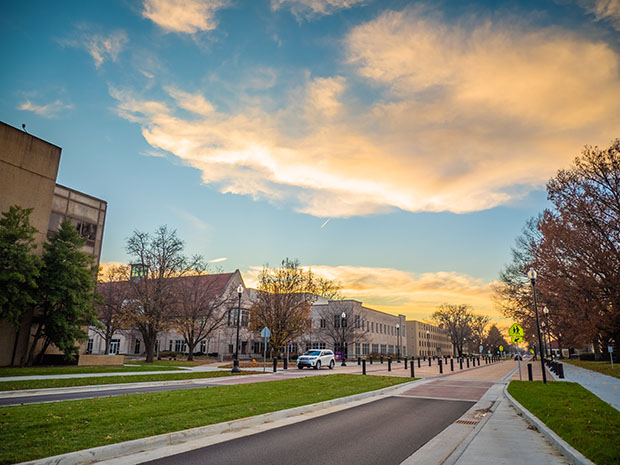 Schmitt says the project will not only help retain more of Evansville’s younger generations who value these amenities, but also make all types of transportation available to everyone.

“It’s about improving the ability of the people that live in the corridor and adjacent neighborhoods to participate in their daily lives and not have to own a car,” he says. “While projects often times seem to take a long time, it’s because we are trying our best to make sure we are truly making the right investment, at the right location, at the right time.”