Cosmopolitan? I’ll just have a beer. 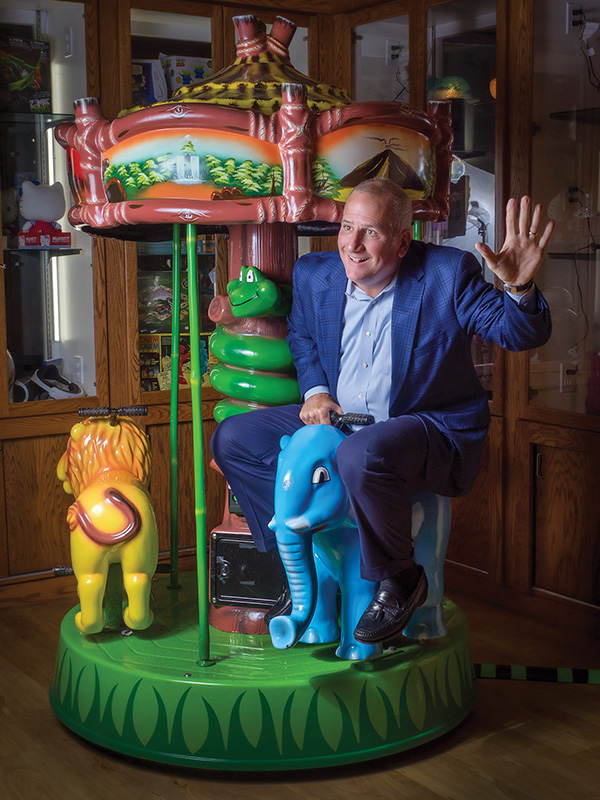 When my wife Kristen and I decided to leave corporate life and launch Tucker Publishing Group in 1999, let’s just politely say there were many skeptics. The three big reasons I repeatedly heard while doing research and putting together our business model were:

The reason I bring up this almost 20-year-old argument of why we “shouldn’t” is because after two decades, the reasoning now looks downright ridiculous.

I had the good fortune to spend an hour with new Southwest Indiana Chamber of Commerce CEO Tara Barney last week. Her enthusiasm is downright contagious. I was particularly surprised at how many discussion points in our conversation we were in total agreement on (Tara … that might doom you).

I was pleased to take the time to discuss what Tucker Publishing Group’s role is in helping to attract and retain companies and people in the area, which is what made me reflect on the initial community opinion of our magazines — how many people here were more than ready for something like a city magazine. Many of us might not give a damn about being “cosmopolitan enough,” but we certainly have had no difficulty in finding stylish people, beautiful homes and gardens, exotic vacations, etc. Our story files relating to things “cosmopolitan enough” hold more story ideas than we can ever get to.

And lastly, the “nothing to do” argument is just plain silly now. As the keepers of the calendar in many ways, please trust me when I say not even the most determined individual could possibly participate in all of the fun and interesting things occurring in our city and region at any one time.

In my conversation with Barney, I found myself opining a few times that, “Maybe that thought process was different a decade ago,” or “We tend to look at things differently now.”

Evansville has evolved, and in a positive way. We just sometimes don’t see it as much as we might because of our very close proximity. But Barney sees it — she moved here because of it. And in an hour-long conversation, I saw it too through fresh eyes. I still am trying to come up with some type of forest/tree analogy.

When longtime friend Glen Miller, who is an executive business coach, called to tell me he had what he felt was a “really good story idea,” he was right.

Glen has worked several years with Shawn King, co-owner of Mr. Fence and several other businesses in Evansville. In all of my years writing and reading about our region’s business leaders, I don’t believe I have ever encountered anyone with the energy level Shawn has.

Read Managing Editor Trista Lutgring’s profile of Shawn, "Full Throttle" on page 9, to get a glimpse of what his days are like. As Trista said to me, “I just don’t see how he does it.” I concur.