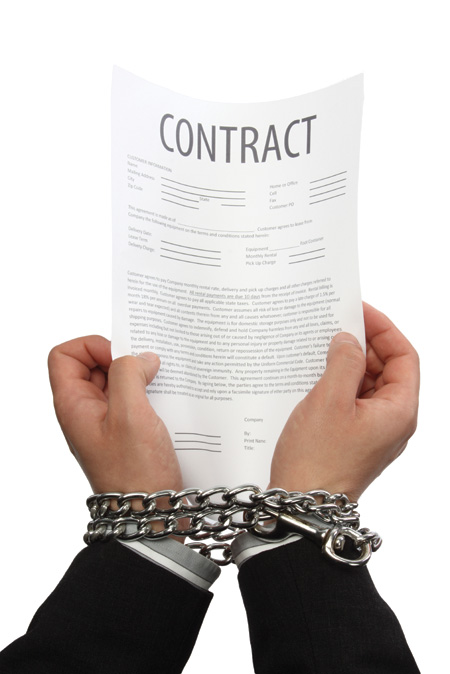 In December of last year, Halifax Media purchased 16 newspapers from the New York Times Company Regional Media Group. The new ownership submitted a covenant not to compete (CNC) to every employee, restricting employees from working or being financially associated with any media outlet in any U.S. city where Halifax operates at any time during employment and for a period of two years following termination. The uproar that followed from employees and national media forced Halifax to reconsider, and they withdrew the covenant in January.

Terry Farmer, managing partner at Bamberger, Foreman, Oswald, and Hahn, LLP, speaks to Halifax Media’s problems, understanding the difficulties companies and their employees have in truly understanding what CNCs are. A thorough understanding is essential: There is virtually no business, employer, or employee outside the range of a CNC’s influence.

Farmer believes most, if not all, problems related to CNCs stem from a general misunderstanding from both parties — companies who haven’t taken the time to carefully think about why they need CNCs, and employees who over or underestimate the influence of the covenant they’re signing.

“One of the things you hear a wide range of opinions on, usually uninformed opinions, is whether or not they’re enforceable,” Farmer explains. “They clearly are, if they’re well drafted.”

Advice for Companies
Employers should begin by asking themselves what the purpose of a CNC is for their specific industry, Farmer says. “When I counsel employers about using covenants not to compete, one of the things I really try to do is slow them down, make them think through whether they really want a covenant not to compete, and try to decide what the interest is that they want to protect.” In some cases, he explains, CNCs are exactly what employers want and need, and in other cases they simply are unnecessary and can lead to morale problems in the work environment.

Farmer notes there are situations better served by options other than a CNC. For companies wanting to safeguard specific trade secrets, Indiana offers trade secret protection, and for those worried about former employees soliciting current employees or customers, a non-solicitation agreement serves better than a broad, general CNC.

Even if a CNC is best for your company, there still are traps to avoid. A common mistake, says Farmer, is making the covenant that’s geographically too broad or for too much time. Instead of handcuffing your employees for several years after they’ve left your company, Farmer suggests a covenant in the 6-12 month range. “Most of the benefit of having an employee not compete against you is gone after 6-12 months,” he says, “and the law tends to enforce these more readily the shorter they are.” Recent non-compete national drama, such as Halifax Media’s troubles, affirms Farmer’s advice.

Advice for Employees
In some instances, CNCs can be worth the benefits of the job, Farmer notes. “If you’re an employee, and someone’s saying, ‘We’re going to pay all your expenses to move you and your family from Hawaii to Evansville, and pay you a high salary to do a specialized job function, but we don’t want you competing against us if we give you an opportunity,’ that’s a pretty fair trade-off, and you may well want to do that.”

But if you sign a CNC, “you’re telling the employer you’re not going to compete,” Farmer says. And while a covenant “may not be legally enforceable, you need to think about it as if it’s going to be, and decide whether or not you can live with that.” In addition, carefully considering a CNC before signing can save more than your reputation, according to Farmer. While a covenant may be easily recognizable as too broad, Farmer cautions, consider the legal fees and time it will take to fight the CNC in court.

“If you’re an employee, and you’re asked to sign one of these things, you’d better know what your plan B is,” Farmer says. “You may get this job, and that’s great and hopefully it works out for you, but what are you going to do the day you’re not working there anymore?”

Further Advice
Some scenarios where courts are more likely to enforce a CNC include the sale of a business, where the previous owner will be asked to sign a covenant that will prevent him from coming back and gutting the new owner’s business. Also, courts are more willing to side with an employer who offers an employee a monetary bonus in exchange for signing a CNC. Whatever the scenario, Farmer’s advice for both employers and employees remains the same: “Think it through.”