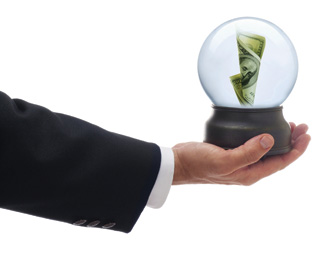 Ever hear of Harry Dent? Thousands of investors have. They began following the Harvard Business School graduate and investment manager when he predicted a big fall in the Japanese economy in the late ’80s. He added more believers in the early ’90s when he saw a big rise coming in the U.S. stock market. Dent was spot-on both times.

Who are we supposed to believe? For years, experts from newspapers, magazines, books, and television have given us a cacophony of investment advice. Now, Internet and social media stars have added to the wave of investment opinions. Some predict a crash will leave you penniless; some tell you to ride their wave to prosperity. Some, such as Harry Dent, do both.

To get a more clear perspective on the investing future, we posed three topics to a pair of Evansville’s financial advisors, neither of whom is trying to sell a book: Tricia Hollander Henning, senior vice president of The Hollander Group at Hilliard Lyons, and Matt Finn, chief investment officer for Old National Wealth Management.

The Most Overblown Financial Story of 2011

Finn: “Anything to do with quantitative easing, versions 1 or 2. Although the program injected large amounts of liquidity into the economy, it did not stimulate borrowing or lending to the degree that many thought it would.”

Henning: “Many thought we would see interest rates start to rise by mid- to late 2011. This, of course, has not been the case. The low interest rates have made it a difficult year for savers and those on fixed incomes.”

The News Topic We Should Pay Attention to in 2012

Finn: “Economic instability often leads to political instability. I would not be surprised to see greater unrest in Europe as the populace and the various governments come to grips with fiscal restraint and recession. The world has enough problems to deal with right now. Turmoil in Europe would only make the situation worse for everyone.”

Henning: “Stay focused on the European debt crises, the U.S. unemployment rate, and the U.S. housing market. All three of these greatly impact our global growth and growth as a country. With a high unemployment rate, a struggling U.S. housing market, and European countries that may purchase less of our exports, our U.S. equity/bond markets should continue to be volatile.”

Best Indicators of the Near Future for Investors

Finn: “Watch the jobs data. Unless weekly claims fall below 400,000 on a consistent basis and until the unemployment rate begins to come down from above 9 percent, we can’t have any meaningful growth in the economy or consumer spending.”

Henning: “True investors, who are focused on building wealth, should really pay attention to longer term indicators. In the near term, markets can always create anxiety. Look at things like demographics, technology, consumer confidence and the overall state of corporate growth/earning potential today and moving forward. Then, create an overall asset allocation that takes this information into account and that is appropriate for your longer term goals.”

Don’t believe them? You can always put your faith in Harry Dent’s first book Our Power to Predict. Or maybe not.