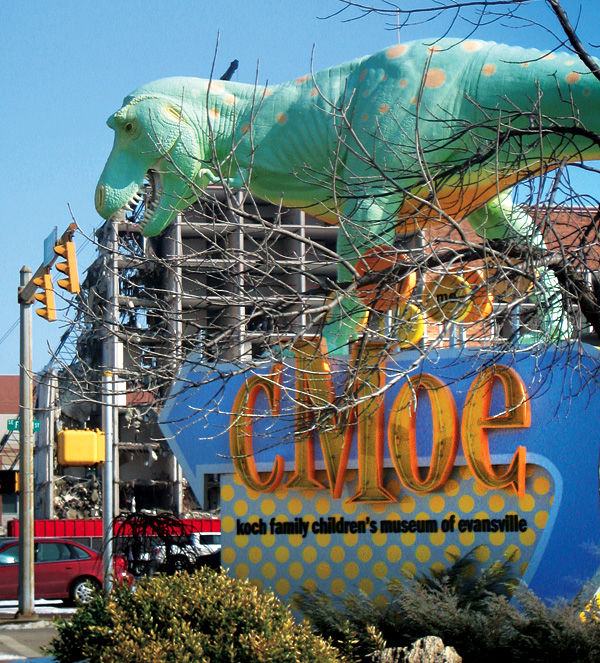 No matter the gender, this prehistoric puppy has plenty of rage — and a keen eye for city development. In December 2009, with help from the demolition masters at Klenck Company and a 6,000-pound wrecking ball, she took to the Executive Inn Downtown, leaving space for a new arena.

Do you have a photo that is Pure Evansville? Submit your image to us for possible publication. Your image must be vertical and 300 dpi at 8 by 10 inches. Images not selected for publication may be posted online.