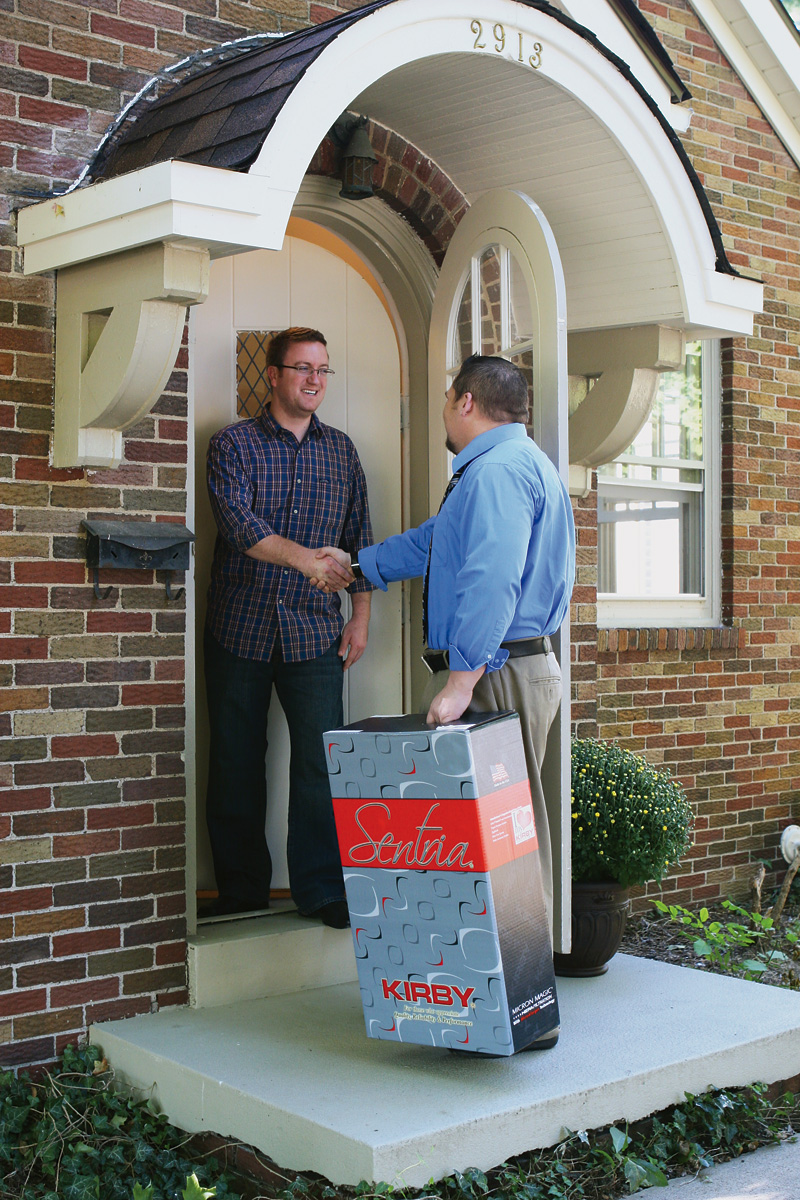 A few years ago, Jeff Roman knocked on the door of an Evansville home. He had with him a Kirby, a vacuum cleaner with marketing moxie claiming to reduce a homeowner’s exposure to allergens. The homeowner greeted Roman, “Get off my porch. I hate salespeople,” he recalls. Roman handed the woman a flyer advertising a free carpet cleaning and began to leave. Because the woman had a recent spill, she changed her mind and allowed Roman inside. One caveat: Roman couldn’t talk while he cleaned the stain on her carpet. As the Kirby removed the stain, the rigid customer loosened up. “She ended up writing me a check for the Kirby,” Roman says. “It was a matter of listening to the costumer and staying positive.” He’ll keep that attitude as winter approaches, even though less daylight means less time he can knock on doors.

“I tell my workers, ‘You have to be successful on purpose,’” Roman says. That success relies on his goals: talking to a minimum of 40 people, giving four presentations, or making two sales a day. The 12-year veteran of door-to-door sales for Steve Martin & Associates, a direct marketing company of user and home appliances, knows a well-kept appearance, pride in the product, and positive attitude make or break a sale. Roman packs a lunch — which he eats between door knocks — the Kirby kits, and positive, upbeat tunes for the road. On average, he’s in his car or on foot for two hours a day. He spends the other six hours in homes pitching products and giving presentations. “When you’re a good salesman and you can find your own customers, there are tons of opportunities,” Roman says. “The money is out there for you to come and collect it.”