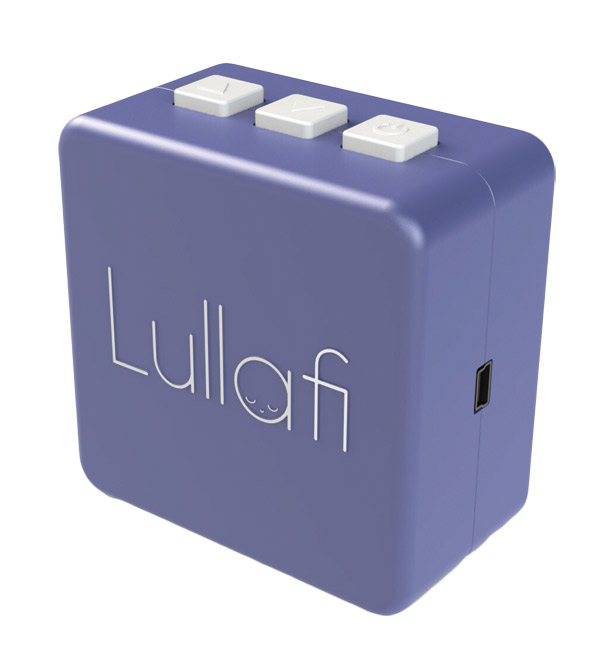 When it comes to restless babies, many parents turn to the same practice. They drive their child around the neighborhood block a few times. But local sound engineer and musician Mike Boren wondered why the habit was so effective and if he could invent a device to eliminate late night drives. That’s when Lullafi was born.

“It started with a conversation with my brother,” says Boren. “He couldn’t get my nephew to sleep. He said, ‘If you could figure out a way to keep me from driving about three hours every night to keep him asleep, let me know.’”

The Evansville native and founder of the Evansville Music Academy, formerly Guitar Lab, began to research and test different ways to create the same sounds and feels of riding in a car. Three years later, he created a finished prototype.

Lullafi works by using sound to reproduce the hum of a moving car, as well as the vibrations, pulsing sensations, and low-frequency rumbles felt during a ride. According to Boren, these elements are similar to those experienced by babies in their mother’s womb, which puts a baby to sleep.

To recreate that in Lullafi, Boren completed many sound studies, recording as he drove his car and analyzing audio samples of womb sounds. “From an audio engineering side, I could see what was going on and what was common. It’s all based off that,” he says.

The small device can attach to a side of a crib or a car seat and has a USB rechargeable battery. The small speaker is programmed with five built-in sounds. Lullafi also is Bluetooth® compatible, so parents can plug in any type of recorded sound.

Boren says he’s produced two Lullafis and began a Kickstarter page to help raise funds for production. The ultimate goal is to see Lullafi on the market, but if not, he feels his goal has been met.

“At this point, I’m pretty happy with it,” he says. “I’ve learned a ton from doing this and from both the business and manufacturing side. I would say if it stops here, I’m pretty darn happy with that.”