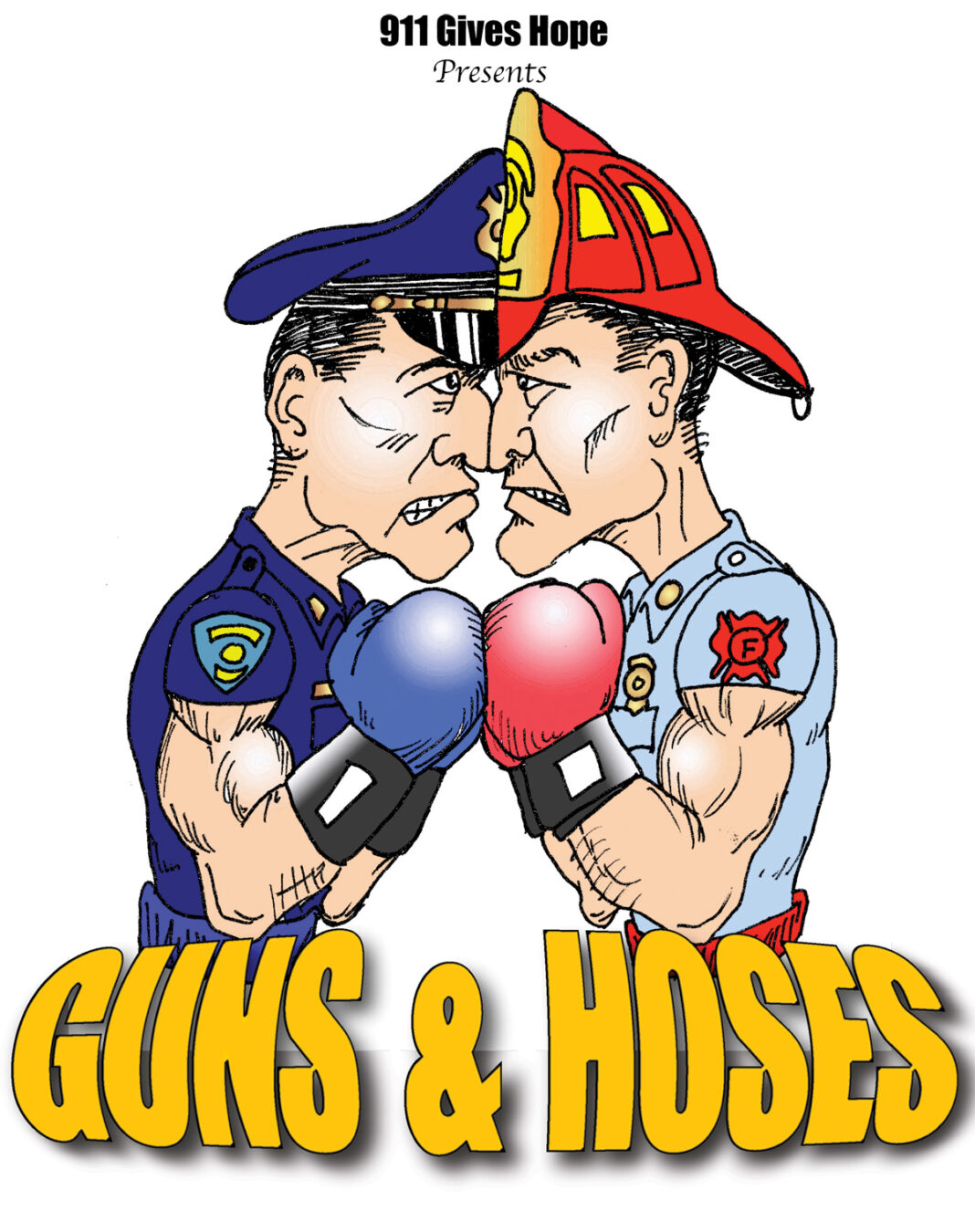 In 2007, Phernetton pitched the idea to his superiors for a charity boxing match between local police officers and firefighters. “I actually stole it from St. Louis,” he says. The Gateway City’s version has generated hundreds of thousands of dollars for charities, and Phernetton thought he could find the same success here.

The first Guns & Hoses match in 2008 sold out at the Coliseum. The funds raised went to a national Prader-Willi organization and Downtown Evansville’s Kids Kingdom. The next year, they relocated the event to Roberts Stadium. Three successful showdowns later, the annual event has raised $160,000, and the fourth Guns & Hoses bout arrives April 16 in Roberts Stadium. It should add to the total funds raised for children’s charities and building a local home for Prader-Willi patients. Few homes exist nationwide, says Phernetton, and the waiting list is long. He hopes the completion of the home is a year or two away.

Influenced by the charitable aspect of the event, Officer Robert Pylant was one of the first to participate. The accomplished martial artist had never boxed. He learned the sport was demanding. “Most men think they know how to fight,” he says, “but until you are taught to fight, you don’t realize how little you know.”

In his first year, Pylant lost by a split decision but won in his second year. He sat out last year, but he returns to the ring this spring after two years of the firefighters winning the overall contest. “I really missed being out there with the guys,” Pylant says, but though he’s drawn to the spirit of competition, Pylant’s main motivation is for a good cause. He says, “I can’t wait to see the completion of Phernetton’s dream.”