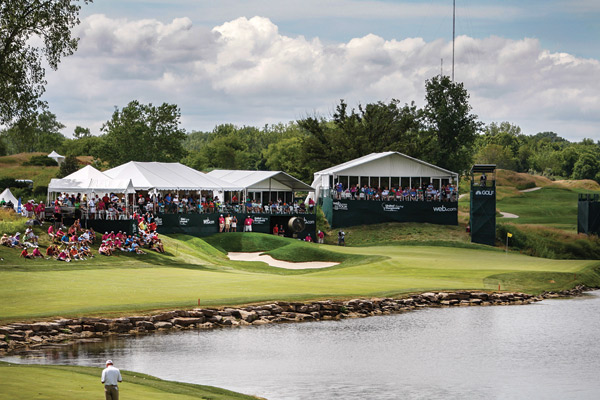 When the United Leasing Championship is held April 27 through May 3, the focus won’t be entirely on golf, but what the sport can do to give back to the community.

The Golf Gives Back program was born three years ago, which allows charities to sell tickets to the golf championship at Victoria National Golf Club in Newburgh, Indiana, and receive 100 percent of the ticket sales proceeds. Eighty charities participate and in the last year alone, the program raised $130,000 just through the ticket purchase. Over the last three years, more than $200,000 has gone to the charities.

In addition to the ticket sales proceeds, Old National Bank contributes an additional $25,000 to the Golf Gives Back program, which is split proportionately according to their ticket sales.

“I think back to five years ago when this idea was germinating and I had the opportunity to sit in on a meeting with (United Leasing CEO) Ron (Romain) and he was adamant at the time that this golf event was going to give back to the community,” says Old National Bank CEO Bob Jones. “It wasn’t just about United Leasing, it wasn’t just about the golf, it was about what Ron Romain and United Leasing could do to give back to the community and he’s clearly lived up to that promise.”

For more information on the Golf Gives Back, visit ulcgolf.com/golf-gives-back-2.