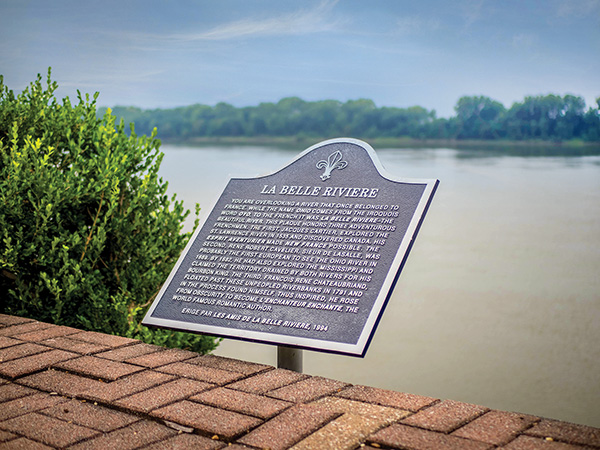 A common assumption about the Tri-State is most of our ancestors were of German and Irish descent. But before the Germans and the Irish settled here, our land belonged to a third party — the French.

A sign located on the Newburgh, Indiana, riverfront — situated along the Newburgh Rivertown Trail greenway — unlocks a small bit of the mystery of the past occupation. According to Vanderburgh County historian Stan Schmitt, French explorer René-Robert Cavelier, Sieur de La Salle claimed most of what is now the Midwest, including the Ohio River. While the name ‘Ohio’ comes from the Iroquois word ‘Oyo,’ to the French it was ‘La Belle Riviere,’ the beautiful river.

“Coming down from French Canada through the Great Lakes and rivers and up from French Louisiana by the Mississippi River and its tributaries, France claimed most of the middle United States in the early 1700s,” says Schmitt.