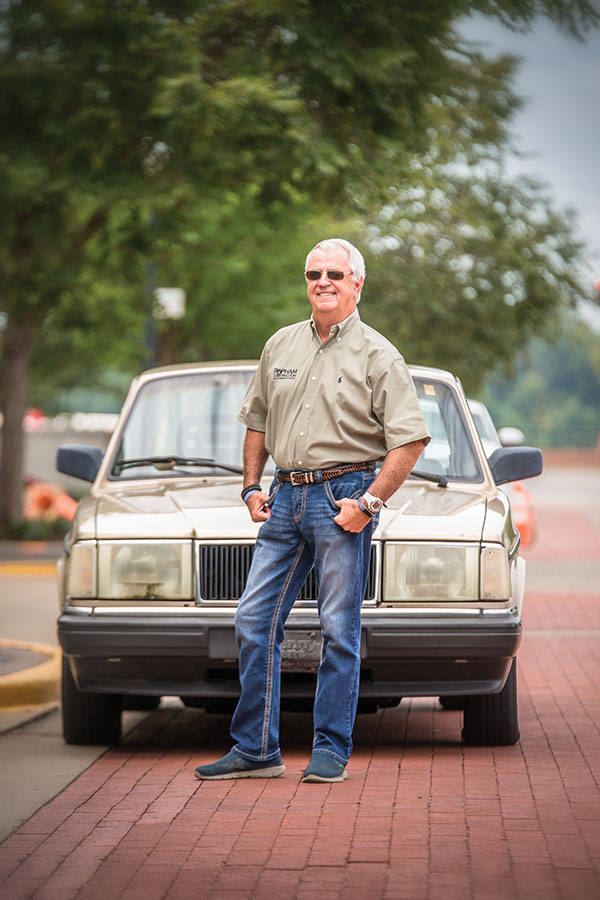 Many people may look at a gold-colored, 1993 Volvo 240 sedan and think it far from dependable. But that’s not how Pete Popham sees it.

The ’90s Volvo often seen parked at his business, Popham Construction along Covert Avenue, has become a staple for his family and staff, he says.

“It takes a lickin’ and keeps on tickin’,” he adds. “It still runs good, it looks great, and it drives great.”

With its easily recognizable headrests, a boxy build, and 114 horsepower, the Volvo 240 was a part of the 200 series, sold by the company from 1974 to 1993. They have been heralded for their performance and ability to, as Popham puts it, keep on going. Though far from flashy, the Volvo 240 even enjoyed a stint as a successful competitor in touring car racings in the 1980s.

For Popham, though, his gold Volvo — which he and his wife Debbie purchased from the former Kenny Kent Downtown dealership — has served as a perfect company car.