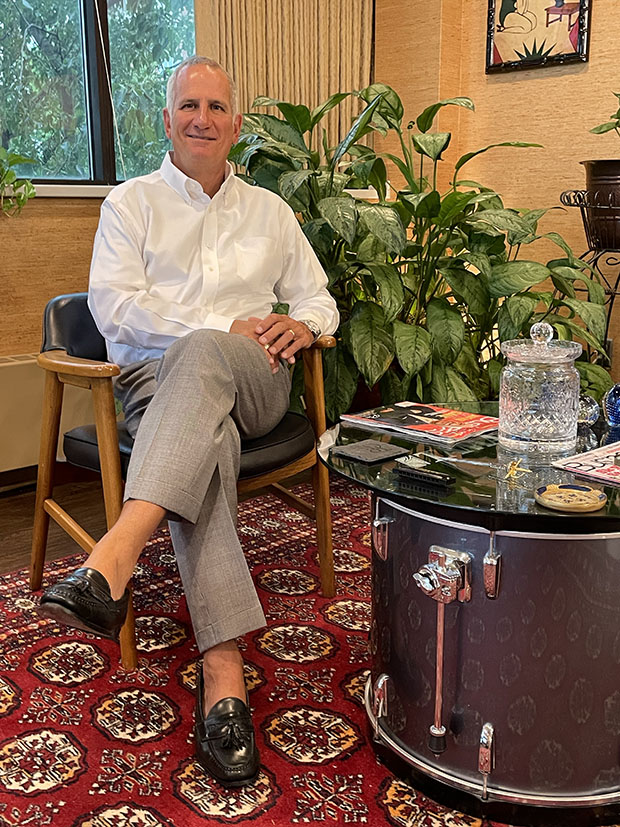 In late July, after leading an internal meeting in which it became apparent that we have (even for us) an extremely busy road ahead the next several months, our sales and marketing coordinator Misti Wagemann and I sat alone in the Tucker Publishing Group conference room for a few moments. She looked directly at me and lamented that our business reminded her of “putting a big puzzle together, but the pieces keep moving.”

I mention this as our feature story, “The Road Less Traveled,” follows Sal Lavallo, an Evansville native living in Abu Dhabi who has, through work and pleasure, visited 193 countries. I had passed the story idea to our editorial department about a year ago after it was pitched to me by a friend who is an attorney in the same law firm as Sal’s dad, Stephen. Then we received a phone call: Sal was in town. Would we like to visit with him? The next thing I knew, I was being introduced to Sal in our offices.

After reading Sal’s story by Trista Lutgring, I couldn’t help but think of the promotional trailer for a new NBC show that aired throughout the Tokyo Olympics. The basis of “Ordinary Joe” explores the three parallel lives of the show’s main character after he makes a pivotal choice while at a crossroads in his life. The series asks the question, “How might your life be different if you had made decisions based on love, loyalty, or passion?” The show’s premise is, in my opinion, extremely interesting, as who doesn’t think about their life choices? I’m sure my poor wife does after 32 years of marriage!

In our feature story, Sal himself recalls making a crucial decision that changed his life while visiting Angkor Wat in Cambodia in 2016. At the time, Sal had visited 150 of 193 countries. “I was debating whether to return to work or stay on the road,” he said. “We know what I ended up choosing.” Perhaps a few of us could have made a few better choices along the way.

Since my last letter, two friends of mine have passed away. Both were well known in our community. David “Dave” Brugger, who was a classmate of mine at Castle High School in Newburgh, Indiana, died June 30. Known to nearly everyone as “Brugger,” he began working at East Side staple restaurant Cork ‘n Cleaver around 1983. Dave did it all — he was a cook, bartender, server, and manager. He was truly an institution there. He was a very good guy; if you frequented the Cork, you knew and liked Brugger. I know everyone who knew him will miss him and his very self-deprecating sense of humor.

Dr. Sanford “Sandy” Schen passed away July 25. What an interesting and great guy! Sandy was from Windsor, Ontario, Canada. I always liked to remind him about how little a Canadian knows. A brilliant man, after completing a cardiology fellowship at Cleveland Clinic, he was a founding partner of Ohio Valley Heart Care. He was truly a renaissance man, interested in everything. Our band enjoyed “practicing” using his pool house at his custom geodesic dome home and sitting around the pool on extended breaks. Sandy and his wife Jacquie were only six weeks away from celebrating their 50th wedding anniversary. A good guy with a good heart, I will certainly miss him. He would have said, “Don’t write about me,” but too damn bad, Sanford!