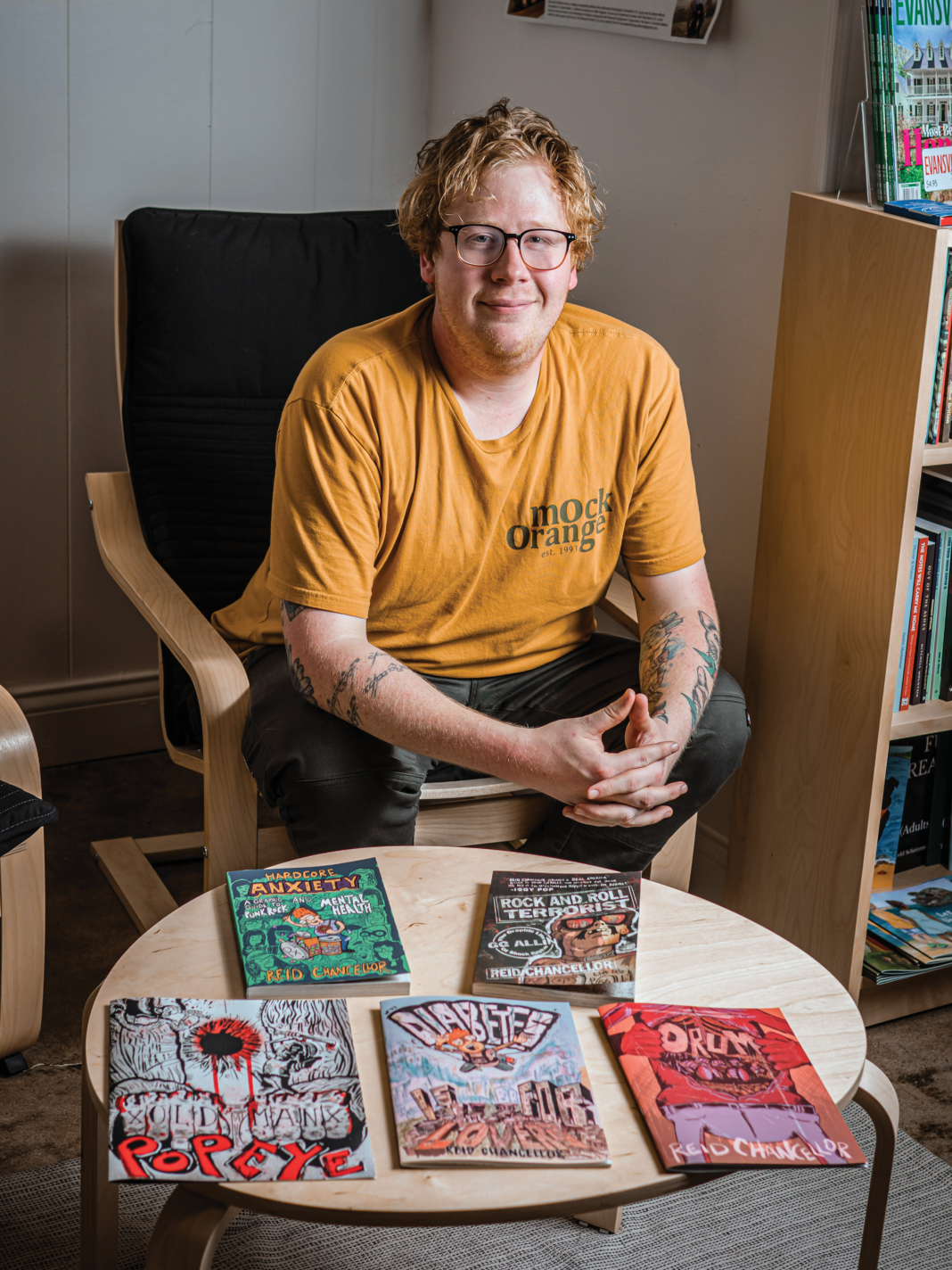 Punk rock music and mental health meet in witty harmony between the lines of Reid Chancellor’s comics. The artist and author has told his life story — being a Type 1 diabetic, his bipolar disorder diagnosis, and growing up in religion — in three nonfiction graphic novels.

Chancellor grew up in a musical and artistic family, playing guitar, bass, and drums; and writing music with local bands at a young age. Now the parts manager at Evansville Hyundai, the River City native was encouraged by his wife, Kristan, to meld his creative abilities into a new art form.

“I never thought this would happen,” Chancellor says. “I’m glad some of the work is able to break down more of the stigma with how we talk about mental health, and specifically as it pertains to the punk scene or music scenes.”

His first book, “Hardcore Anxiety,” was published in 2019 by Microcosm Publishing in Portland, Oregon. The novel sets the tone for his works to come and is grounded in his own mental health story. Chancellor’s refreshingly truthful storytelling lens doesn’t obscure the darker parts of life but delivers them to readers on a humble platter with a humorous glaze. Since then, he has published one book a year, writing and drawing each cartoon-styled comic by hand.

Through Microcosm, Chancellor also published “Rock and Roll Terrorist,” the story of controversial musician GG Allin, in 2020; and has self-published several short-form pieces softening his trademark themes with nuanced jokes and fan comics.

“I had never put myself out there in a way that was that direct,” Chancellor says. “Writing music, you can hide behind it a little bit more, whereas in ‘Hardcore Anxiety,’ it’s pretty straightforward. It’s like, ‘Oh, that’s a picture of me.’ It’s just right there.’”

Chancellor’s work is available locally at Bluestocking Social, Your Brother’s Bookstore, and Atmosphere Collectibles as well as online.