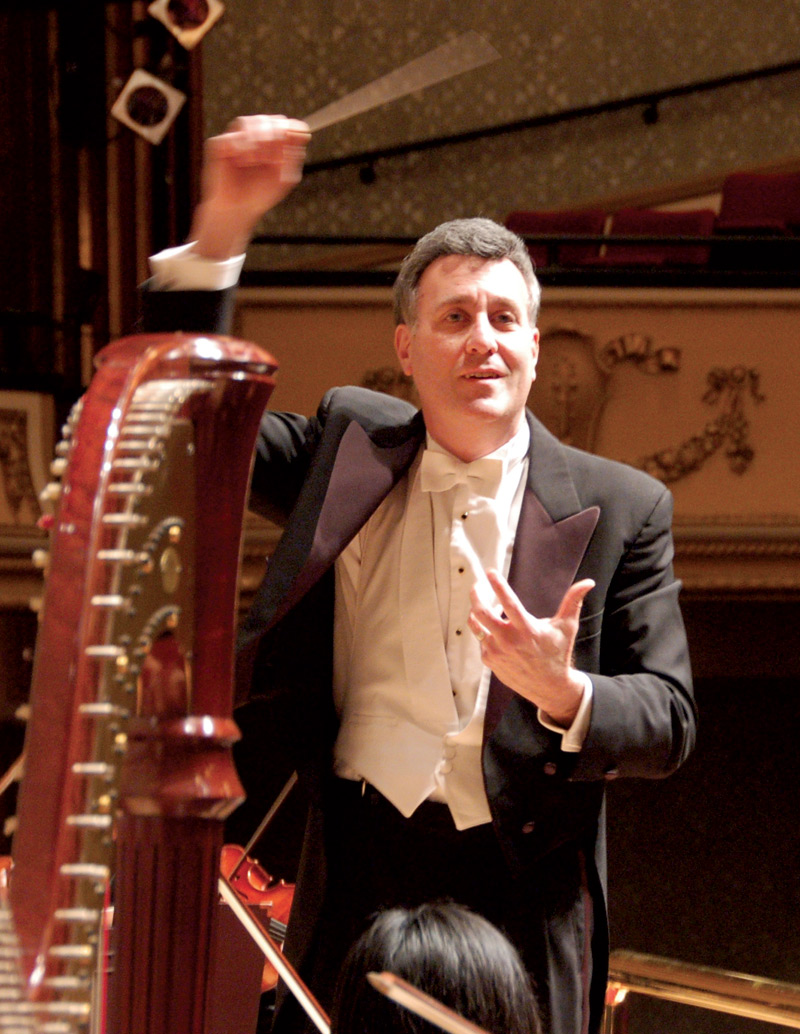 “The orchestra is over 75 years old, and for someone to obtain that kind of longevity is really a great positive for the Evansville area,” says Neal Franklin, a board member of the Evansville Philharmonic who also is the chairwoman of the celebration.

Originally from New Jersey, Savia graduated from Butler University’s Jordan College of Fine Arts. He studied conducting with Franco Ferrara at the Accademia Musicale Chigiana in Siena, Italy, and privately with Sixten Ehrling and Otto Werner Mueller, both of whom have taught conducting at Juilliard School of Music. Savia’s first professional appointment as assistant conductor of the Omaha Symphony Orchestra came from conducting studies at the American Symphony Orchestra League’s Institute of Orchestral Studies and the Tanglewood Music Center.

Musical America and Symphony magazine boasted of Savia’s innovative programming skills and his ability to connect with audiences everywhere. He has assisted in the emergence of other philharmonic orchestras in Orlando and New Orleans and conducted in one of the first post-Katrina concerts.

On Saturday, Sept. 7, the Evansville Philharmonic will have a “Silver Soiree” celebrating the start of Savia’s 25th season. The soiree will take place in the Tropicana Conference Center Ballroom at 6 p.m.