After his long and illustrious career in Major League Baseball, Don Mattingly, now the manager of the Miami Marlins, decided he wanted to give back. When determining how and where to begin his nonprofit organization, Mattingly Charities, Don follow ed Mark Twain’s advice — “Write what you know.”

“We started off just by following our hearts and following places we felt like we wanted to be involved in,” he says. “For me, it was easy to start with sports activities.”

Now in its 10th year, Mattingly Charities began as a way to bring sports equipment to children and leagues that otherwise wouldn’t have been able to play. Since then, it has evolved to provide children with more opportunities to play in leagues and be involved in various programs.

“We have a heart for inner city, underserved kids,” says Don. “Giving kids opportunities to give them the best chance to develop, to have success, and to make good choices so they can move forward and sustain themselves and give themselves an opportunity.”

The nonprofit has held events across the country in New York and Los Angeles, but has always considered Evansville home. As Evansville natives, both Don and his wife Lori knew the organization needed to focus on helping Evansville children and have made it a priority to partner with local organizations like the YMCA of Southwestern Indiana and the Boys & Girls Club of Evansville. 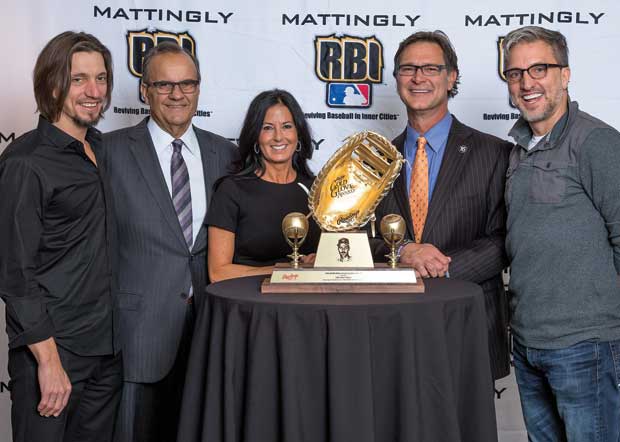 Mattingly Charities provides support to various community programs like the YMCA Summer Learning Program, which aims to keep kids engaged in reading and educational programs during the summer, and the City of Evansville Splash into Summer program, which provides basic necessities like towels, flip-flops, swimwear, and swim diapers for residents to be able to take advantage of the city pools.

For Lori, her biggest accomplishment has been supporting the Highland Challenger Baseball League that provides a safe and fun environment for children with disabilities to be able to play ball.

“One of the things that got us started with the Challenger program was that my mom did work with the same kind of children at Glenwood,” says Lori. “When I went to go see one of those baseball games, it brought back all of those memories. What the Challenger League does for these kids is just remarkable — giving them a chance to feel as normal as they can possibly feel.”

“I can’t tell you how many parents we’ve seen just as we’re out shopping somewhere who come up to us and say, ‘My granddaughter or my child was involved, and you don’t even know how excited they are to be a part of that league and what they do,’” says Don.

For Don, one of the highlights of his work with Mattingly Charities was being invited to send a team of 12 kids and coaches to participate in the MLB’s round-robin tournament during the 88th MLB All-Star Week in Miami over the summer. 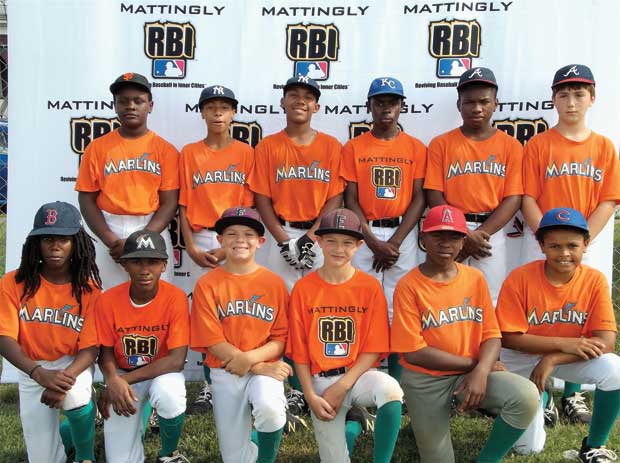 ▲ A team of 12 boys from the Boys & Girls Club of Evansville were selected to play in the 88th MLB All-Star Week in Miami over the summer. The tournament was part of the Mattingly RBI, a part of the MLB’s Reviving Baseball in Inner Cities (RBI) initiative.

“To be able to talk to the kids who were coming from our program, had never been on a plane, and got to come for four or five days playing against other kids from all over the country — that was a great feeling for me,” says Don.

The tournament was part of Mattingly RBI, a program implemented in partnership with the Boys & Girls Club of Evansville now in its third year and part of the MLB’s Reviving Baseball in Inner Cities (RBI) initiative. The program helps underserved kids through athletic participation, social development opportunities, and educational advancement programs.

“It obviously goes a long way to have Don involved,” says Ron Ryan, executive director of the Boys & Girls Club of Evansville. “You have to do so much in sales now be it popcorn, candy, or magazines to help fund leagues. With the Mattingly RBI program, there are no fees. It’s an opportunity these kids would not have otherwise if it weren’t for Don and Lori.”

The programs supported through Mattingly Charities aren’t only about bringing opportunities for area kids, but also about uniting the community through children’s athletics. When the RBI program first began, there were around 150 kids participating. This year, Mattingly RBI served around 400 kids.

“Just in the last two years we’ve been running our program here, I’ll see parents and aunts and uncles and brothers and sisters coming to watch their kids,” says Ryan. “That hasn’t always happened, so that’s been special.”

While the nonprofit focuses its energy and funds in Evansville, the organization doesn’t have a local office or any paid employees. All of the work is done on a volunteer basis to ensure 100 percent of the organization’s funds can go back into programs and services.

A major way Mattingly Charities raises funds is through its annual event, which this year is entitled A Bronx Reunion: An Evening with Bernie Williams and Don Mattingly presented by United Companies. The event will take place at 6 p.m. on Jan. 9, 2018, at Tropicana Evansville and will feature Yankee legend Bernie Williams, who also is a classically trained guitarist. Leading up to the event, an auction powered by HandBid will be available, which goes live Dec. 1 and closes the day of the event, offering signed memorabilia and unique experiences in support of the organization.

“We’re just really grateful for all the people who have helped us at this point,” says Don. “I grew up in a situation that was really positive. I can’t complain about what’s happened to me in my life and the opportunities I’ve had. I think that’s what pushed me to want to be involved with the kids who may not have those opportunities in front of them. We want to create those opportunities.”

Click here to purchase tickets to A Bronx Reunion: An Evening with Bernie Williams and Don Mattingly Jan. 9 at Tropicana Evansville.