Honoring Juneteenth in the Tri-State 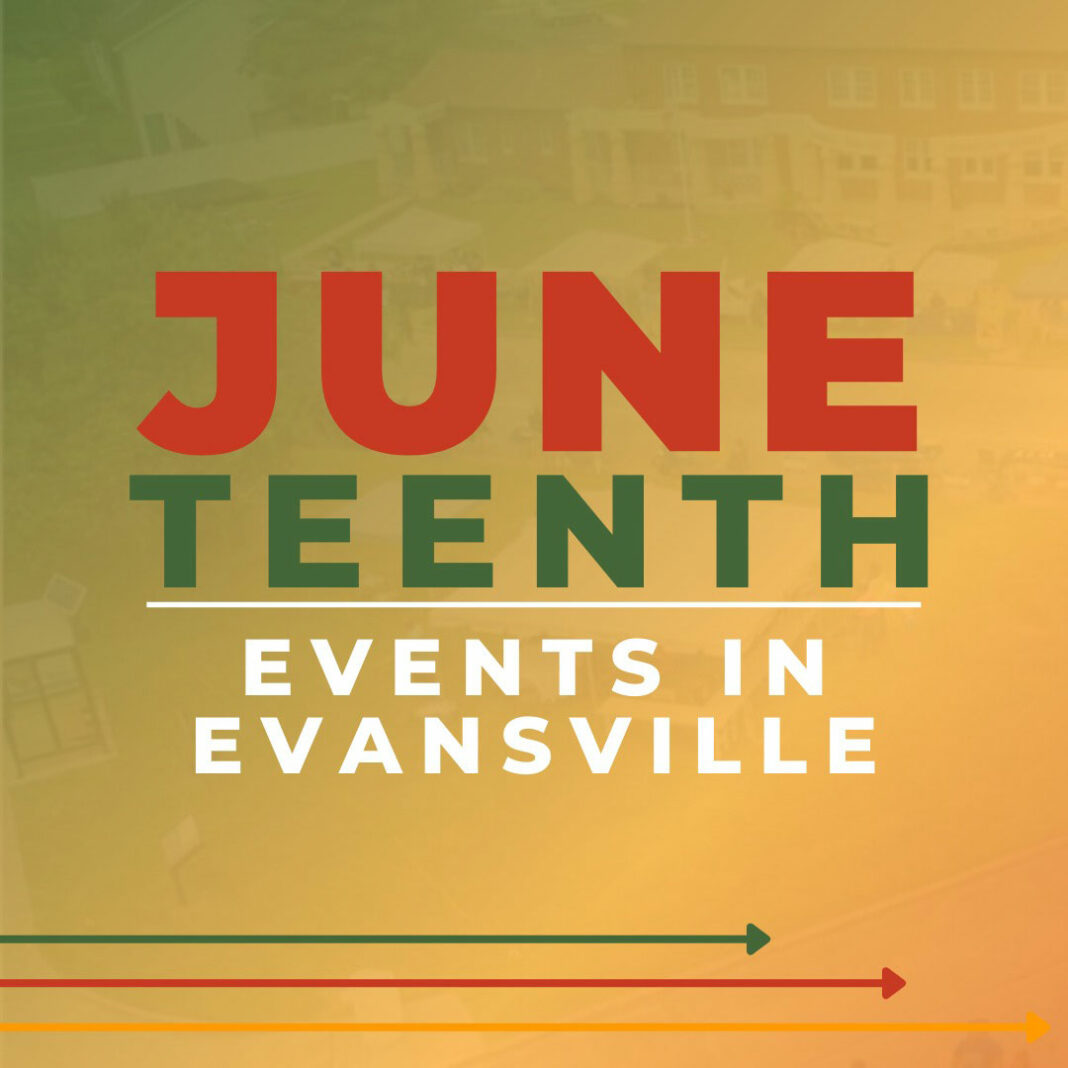 The Evansville area’s rich Black culture is honored this weekend in commemoration of Juneteenth. June 19 historically is recognized as the anniversary of the day news of abolition reached enslaved African Americans in Texas more than two years after President Abraham Lincoln signed the Emancipation Proclamation in 1863. Juneteenth was named an official U.S. federal holiday in 2021, and the River City and nearby Lyles Station are prepared to celebrate.

The 2022 celebration kicks off at 6 p.m. tonight with a financial empowerment program held by the Soul Writer’s Guild. Guest speaker Frances Dumas-Hines, an Evansville resident and educator, will present a program on “The Circulation of Our Dollars in Our Communities at the African American Museum. Friday, the museum is hosting a culture and arts festival from 5 to 9 p.m.

Saturday’s festivities start at 11 a.m., with the “For The People” community block party filling the corner of Waggoner Avenue and Culver Drive. Attendees can enjoy a day of music, food, and family fun. A fireworks show at 8 p.m. will cap off the night.

At the same time, the Lyles Station Historic School & Museum, 953 N. County Road 500 W., Princeton, IN, will host its annual Juneteenth celebration from 11 a.m. to 3 p.m. The historically Black settlement in Gibson County will welcome Rhea Jones-Price, a 2013 graduate of the University of Illinois College of Law and an associate at Joe Black Law Office in Vincennes, as the guest speaker.

Following is a recognition ceremony for Toyota Motor Manufacturing Indiana for its funding of Lyles Station’s outdoor shelter, as well as a memorial to the late Joyce Gooch Granger for her years of service as a board member of the Lyles Station Historic Preservation Corporation board. Barbecue dinners will be sold by Tim’s Awesome BBQ. Lyles Station’s Juneteenth festivities are free and open to the public.