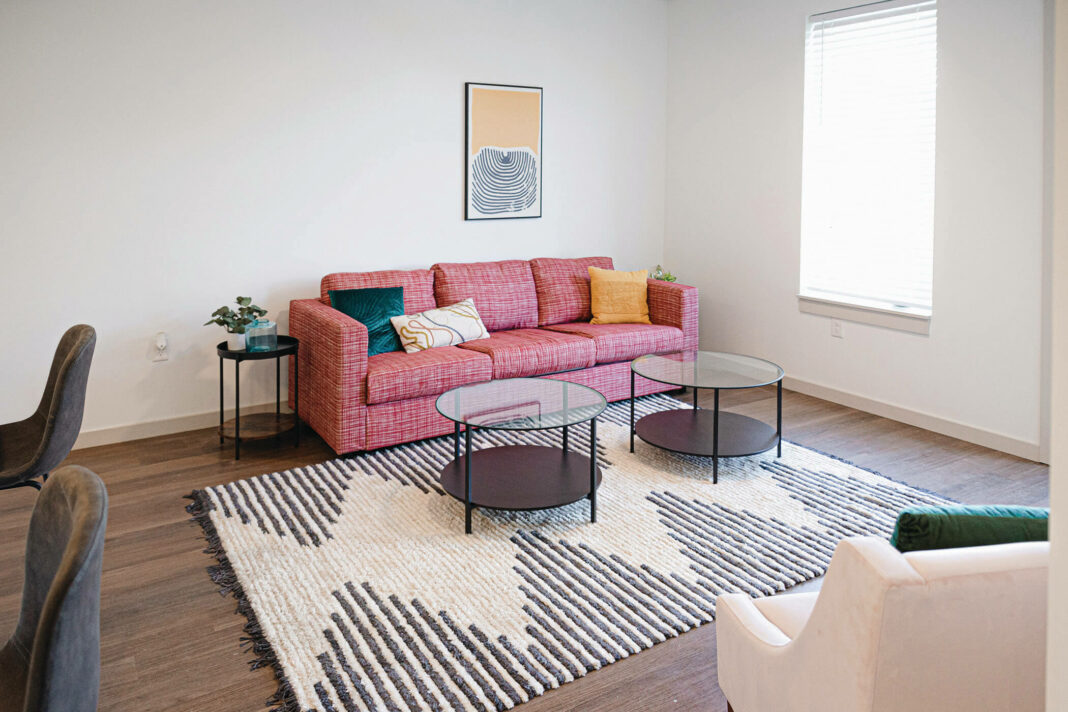 The Forge on Main, a mixed-use housing development on Evansville’s North Main Street Corridor, is nearing completion, providing much-needed support to one of the city’s struggling neighborhoods.

Named after the 19th century plow and metal works factory that stood in the same Jacobsville lot, the $28 million project consists of 180 apartments throughout four buildings and 17,000 square feet of commercial space in the building facing Main Street. Construction is scheduled to be completed in May.

Matt Gadus, a principal with the project’s Carmel, Indiana-based developer House Investments, says the company is hoping to attract retailers such as a grocery, quick service restaurant, or coffee shop, though no commercial occupants have been finalized.

Once a thriving working-class neighborhood, Jacobsville was in 2016 labeled by the Obama Administration as a Promise Zone, a federal designation that incentivizes revitalization efforts in high-poverty areas to add necessary resources such as housing and food.

The Promise Zone designation allowed the developer to collect $1.5 million in Tax Increments Financing bonds from the City of Evansville for the project. Additional financing included up to $4 million in redevelopment tax credits from the Indiana Economic Development Corporation and a $750,000 grant from the CenterPoint Energy Foundation.

“From the beginning, one thing that drew us to Jacobsville was the city’s investment in the area,” says Gadus. “We really envisioned our project being the south anchor and Deaconess Aquatic Center being the north anchor.”

“We viewed this as an opportunity to provide a new type of housing in Jacobsville that would allow people to live, work, and play in that neighborhood,” he says.