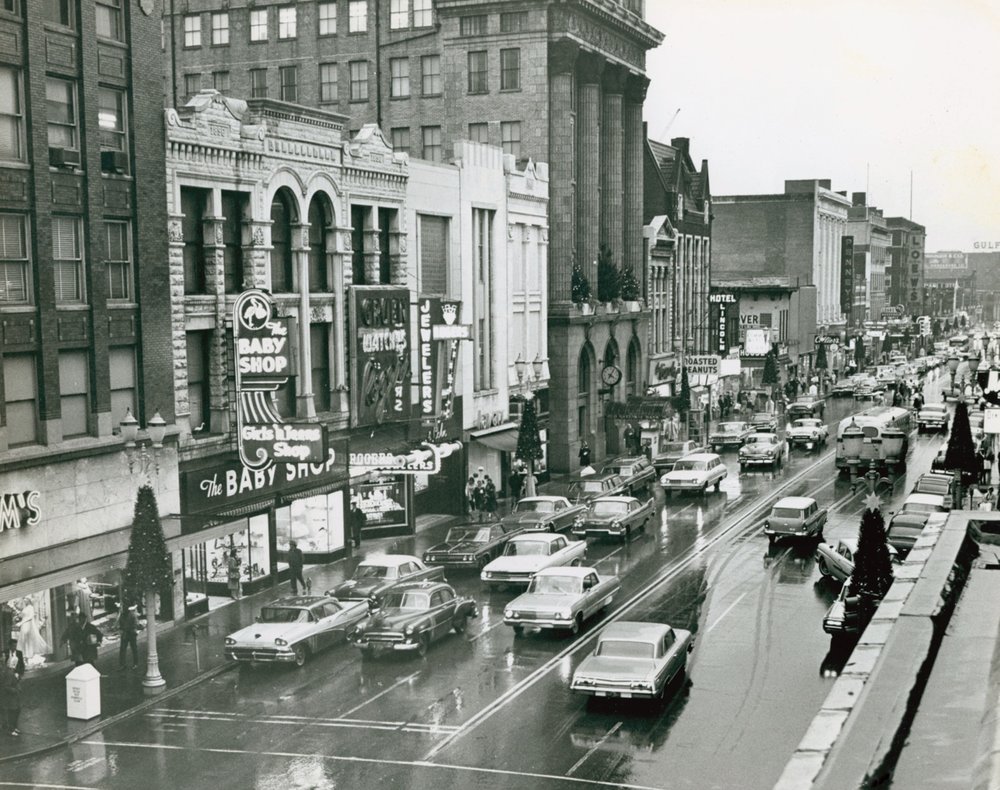 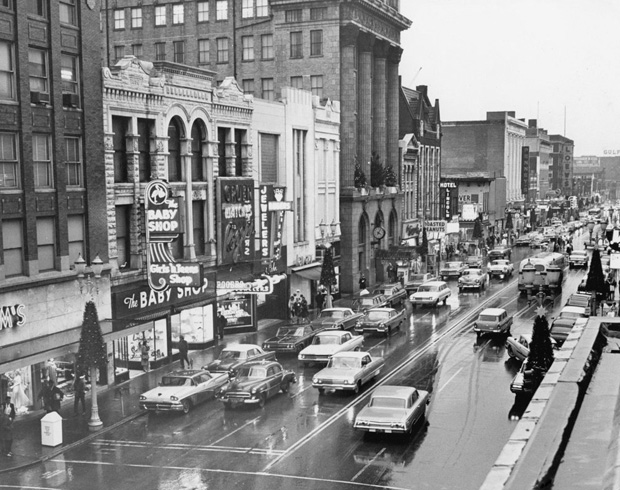 Main Street is one of many hopping places to be for shops, restaurants, and businesses in Evansville, but many residents will remember a time when the heart of Downtown had some stark differences.

In a photograph from the Evansville Museum of History, Arts and Science collection, Christmas time on Main Street shows four lanes of traffic going both ways and street views of the most popular shops of the time. This snapshot from 1962 was taken at Fourth Street, facing Fifth and Sixth Streets.

Standing out among the classic Christmas tree décor, the beloved Baby Shop can be seen at the forefront. This store — featured in the November/December 2014 and January/February 2020 issues of Evansville Living — was where many families bought their baby’s first pieces of clothing.

From 1915 to 1981, the Baby Shop’s Main Street location was a representation of the area’s retail and business success — which declined after the construction of Washington Square Mall in 1963. Located on the East Side, the mall sparked the relocation of a host of Evansville brands, including the Baby Shop.

For the next several decades, Main Street’s design and functions would evolve. In 1971, the corridor became a pedestrian-only walkway from Second to Seventh (now Martin Luther King Jr. Blvd.) Streets. Renovated in 1986, the walkway would not be open to vehicles until 2002, when Main Street began to morph once-again into to the bustling cultural hub we know and love today.

Photo provided by the Evansville Museum of History, Arts, and Science collection