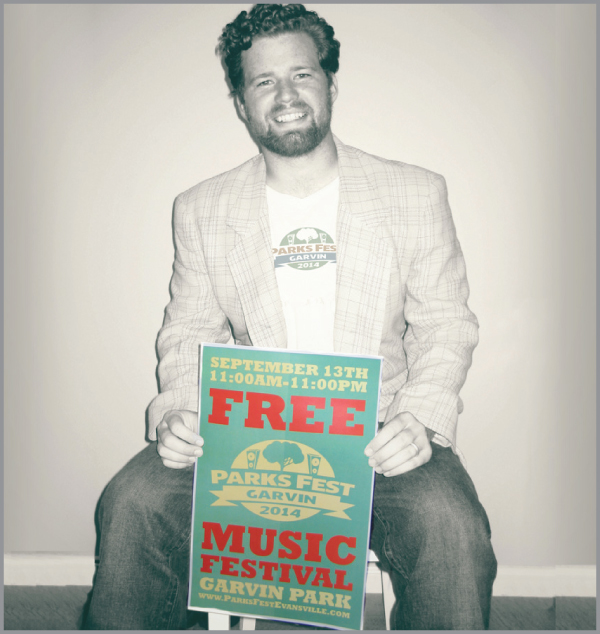 When Alex Mourer was in Indianapolis last January, he noticed several posters and flyers promoting music festivals tacked up in nightlife spots around the city. That gave him the idea of a free, all-day music festival in Evansville.

“I thought, we don’t really see that in Evansville,” says Mourer, a Web designer who lives in Evansville but commutes to Indianapolis one week each month for his job.

Friends encouraged Mourer to pursue his newly brainstormed idea of a music festival with no cost to the community. That led him to an Evansville Voice meeting, and “it’s been a rolling train ever since.”

The free, nonprofit ParksFest will take place Sept. 13 in Garvin Park and feature several bands such as The Honey Vines, The 23 String Band, and Gentlemen and Scholars. Food and arts and craft vendors will pack the park, and family-friendly activities like potato sack racing and hula-hoop workshops will run throughout the afternoon.

“The original idea was a traveling music festival that went around to different city parks, to hit all the different communities but not on the scale ParksFest will be this year,” says Mourer. “So it will be big scale this year and maybe something smaller next year. We want people this year to come out, have a good time, not spend a dime, and (want to) come back to Garvin Park.”