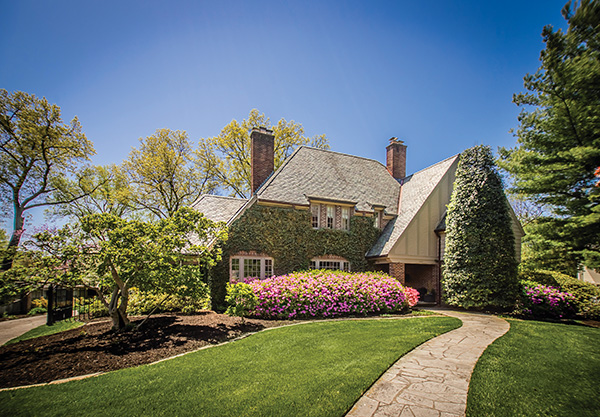 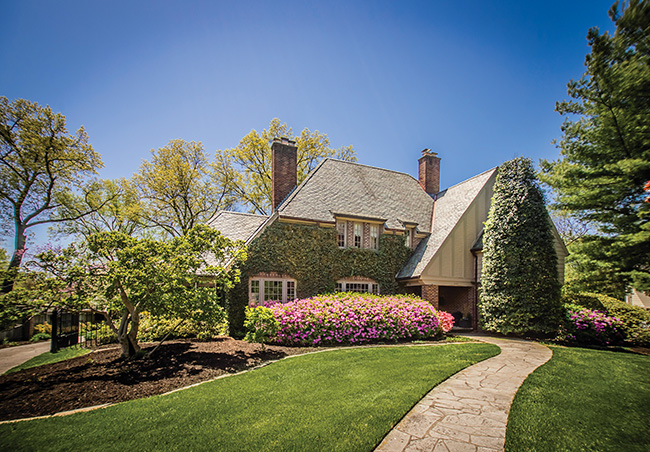 Amy Samm was not aware before she and her family moved into their home along Lincoln Avenue that she had many connections to the house before she ever stepped inside. 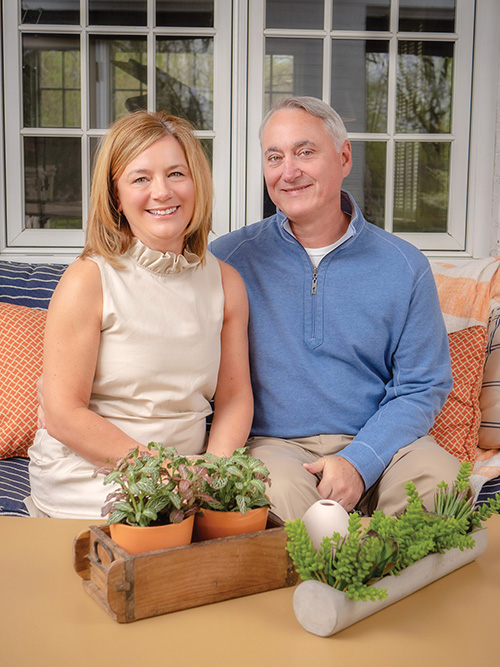 The Samms — Amy, Bill, Jacob, Maggie, and Emily — are the fifth family to call the home nestled back off the street theirs. Before they moved in 2009, Barbara and Gerald Ulrich (former owners of The Secret Garden in downtown Newburgh, Indiana) lived in the house beginning in the early 1990s. Before that, it belonged to Stephen Jon and Cynthia Weber.

“Strangely, I’m friends with those two families,” says Amy. “It’s funny; I’m not from here and I still know people who have lived in my house.”

A two-story Tudor Revival, the home reflects the quaint English style Tudors are known for. A formal dining room and living room to the right and left of the entryway, respectively, are inviting, with warm colors and antique furnishings to match the style of the home. Farther back sits the home’s kitchen, renovated by the Ulrichs in the ’90s and showcasing a farmhouse-like appearance.

The first floor also features a cozy family room and tiled sunroom, which wraps around the back of the home. Upstairs boasts the master suite and three additional bedrooms, reflecting the personalities of Amy’s and Bill’s three children.

According to county records, the home was constructed in 1938. A short article that appeared in the Evansville Courier at the time announced the building of the home and that it was being designed by famed Evansville homebuilders and architects John Anderson and Henry Veatch.

Anderson and Veatch constructed the house to model the well-known English-style architecture with slate roofing on a .67-acre lot along what was known as Outer Lincoln at the time. The new residence was built for W.R. Weller, a manager of Burroughs Adding Machine Co., according to the Courier article.

Owners through the years have left their mark on the house, from extensions on the roof and the sunroom to a large garage in the back that has seen many different uses through its 80 years.

“The Webers had it as a greenhouse. The Ulrichs had it as a woodworking shop. And we have it as a car shop,” says Bill.

The appeal of the house for the Samms, however, was in the fact it did not need any work or renovations. When Amy and Bill viewed the home, it was ready to move in, which was one of the biggest draws for the couple. Other than painting a few rooms and some work on one of the bathrooms, the family has changed very little.

“It’s an old house, so it has old house character and old things in it,” says Amy. “But it is still a good, good house.”

The couple’s former home in Carrollton Court (off Lincoln Avenue farther east) was perfect for them when they purchased it in 1998. But as their family grew, it was evident more space was needed, says Amy. And so the search for a new residence began. 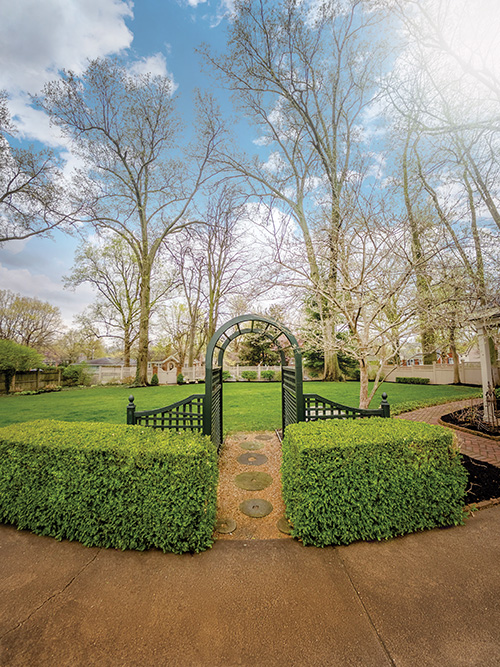 Amy recalls looking at multiple houses, with no luck at finding one that met their needs. And though she had connections with the two previous families of the Tudor Revival on Lincoln, it had not been on her radar screen. It would be a neighbor of the Ulrichs’ and a friend of Amy’s who would alert the Samms to the home’s availability.

When the couple toured the house, Amy says she was so mesmerized by Barb Ulrich’s interior design of the home, she didn’t recall much of the layout itself afterward.

“We looked on a Sunday and later that night Bill said to me, ‘I think we should make an offer on that house.’ It surprised me,” says Amy with a laugh. “I didn’t even remember what the house looked like because I was so enamored with her things. She’s just so talented.”

After going on another walkthrough the next day, the Samms were set on making an offer.

“There were several people who had looked at it, and a handful of us put in offers,” says Bill. “We just feel lucky she picked us because she could have picked anybody.”

“I wanted to keep the integrity of the house,” says Amy. “I know Barb did too — she was respectful to the period of the house. I think that was why she ultimately picked us, because I was not looking to change things in the home.”

“You have love and pride for a home; you live in it for years and years and you don’t want to see it changed,” she says.

The home has been “life changing” for the family of five, says Amy. Though it provided more room for them, it also opened up many conveniences for the family. The home is close to where the children attended school as well as close to Bill’s offices.

“I find myself not even crossing Green River Road very much anymore,” says Amy. “The convenience is great. I see my husband more. I like the neighbors and the community of living in this area, too.”

And though the Samms have not contributed to expansions, renovations, or additions to the home, the couple still take pride in the house that sits off Lincoln.

“When people tell me it is a beautiful house, I love to hear that,” says Amy. “I hope it doesn’t sound like I’m boastful because I didn’t do anything, but I take pride in it. I hope we can carry on what other people have done.”