The Evansville Sanitarium was opened in Downtown Evansville on Jan. 18, 1894, by Dr. Edwin Walker and a group of local physicians. In its 126-year life, the building has had quite a history.

In 1933, the hospital was renamed the Walker-Welborn Hospital, and 11 years later, it became the Welborn Baptist Hospital. A clinic was added in 1951, called Welborn Clinic, that was purchased by Deaconess in 2008. The hospital itself was bought by St. Mary’s Health System in 1999, later shut down, and sold in 2009 to Kunkel Group, which developed it as commercial office space. Now, the building, known as Welborn Plaza, is entering its next chapter under new owners Ed Curtis and Tim Lanager. 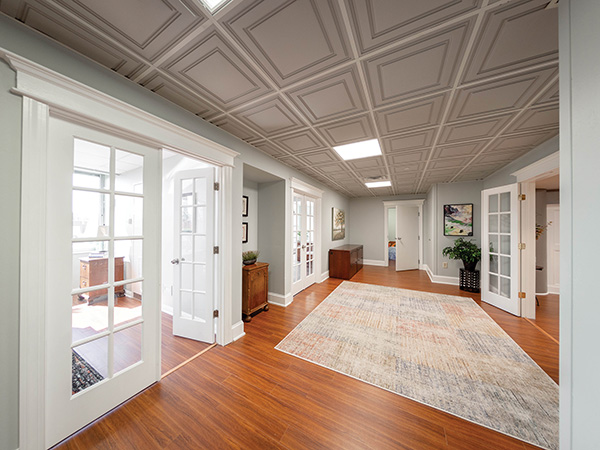 The history of the building is not lost on Curtis and Lanager. It was the biggest incentive for purchasing the space, especially with the opening of the Stone Family Center for Health Sciences a couple of blocks away and the ongoing construction of the new Deaconess Clinic Downtown expected to be completed later this year. While Welborn Plaza is home to a mix of businesses from Beaux Cheveux Salon and Crosspointe Insurance Advisors to the assisted-living facility Riverwalk Communities and ECHO Community Healthcare, Curtis and Lanager are developing the project with its medical history and its place in Downtown Evansville’s medical district in mind.

“One day a tenant and I were talking in the office, and he had a big grin on his face,” says Lanager. “He said, ‘You probably don’t realize this, but right where we’re standing is where our daughter was born years ago.’”

Aside from the medical history of the development, this project is unique as Curtis and Lanager are not starting from the ground up. Much of the remodeling work done has been to spaces that were previously leased out to tenants who decided to stay at the new Welborn Plaza. However, the process is not unique to the pair.

At one time, Curtis owned eight commercial buildings in Evansville, including the Curtis Building, Old Post Office, General Cigar Company building, 501 Main St., and the Hulman Building. Though the developer is based in St. Louis, Curtis once again is joining Evansville’s real estate scene. 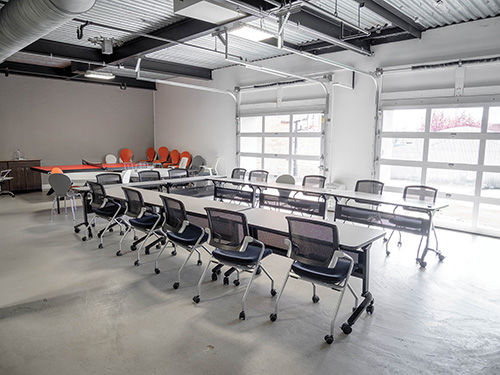 “I’ve been back in Evansville almost a year, and I have to tell you my dreams of Evansville have been fulfilled,” he says. “It’s been wonderful.”

Since taking ownership of the building, Curtis and Lanager, a developer based out of Curwensville, Pennsylvania, have invested about $2.5 million so far to remodel the building and bring it up to code. All the roofs have been replaced, new HVAC and plumbing has been installed throughout, and the remaining hospital equipment on the second floor was removed and demolished.

The most notable changes, though, have been to the exterior of the building. The exterior was painted black, and a white 10-foot WP was installed that lights up blue at night.

“When you’re at the Ford Center Downtown, you can now identify and see Welborn Plaza from there,”
says Curtis.

New reserved and visitor parking lots will be put in, with the rest of the exterior remodeling expected to be completed this summer. The entrance and lobby also have been completely renovated, including the construction of a new café area called Daisy’s Café to serve tenants
and visitors.

“The lobby itself — it was dreary when you walked in,” says Patty Milliron, Welborn Plaza’s property manager. “We’ve brightened it up. I think the front area we’re working on is super exciting. I’m excited about the whole building.”

Welborn Plaza is 230,000 square feet, and while many spaces are currently occupied, there still are many spaces Curtis and Lanager are wanting to lease, like a 10,000-square-foot space Curtis says he dreams will be occupied by someone related to the medical community. Work also is being done to modernize current tenants’ spaces, like creating a new walkway and canopy for Riverwalk Communities. Crosspointe Insurance Advisors also is having extensive remodeling completed on its office space.

“It’s a unique space in that it has sort of a West Coast, millennial feel to it, complete with a basketball court, ping pong tables inside, a putting green outside, and outside access areas,” says Lanager. “It’s been enjoyable working with younger entrepreneurs.” 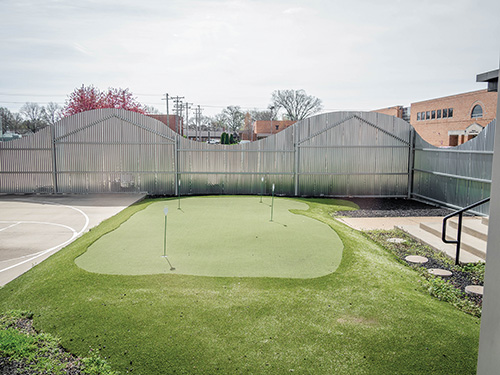 For Lanager, the opportunity to get involved with a community-related property close to the medical center and with a long history in the city was something he couldn’t pass up, while developing Downtown Evansville has been a long-time dream for Curtis that is being realized once again through Welborn Plaza.

“I always said sometime in the future all the kids will want to live Downtown, and I think that’s happened,” says Curtis. “Downtown is so vibrant now with the walkway, the Ford Center, and the medical center. The kids don’t want to live on the West Side or East Side anymore. They want to come back Downtown, which is very rewarding for me.”