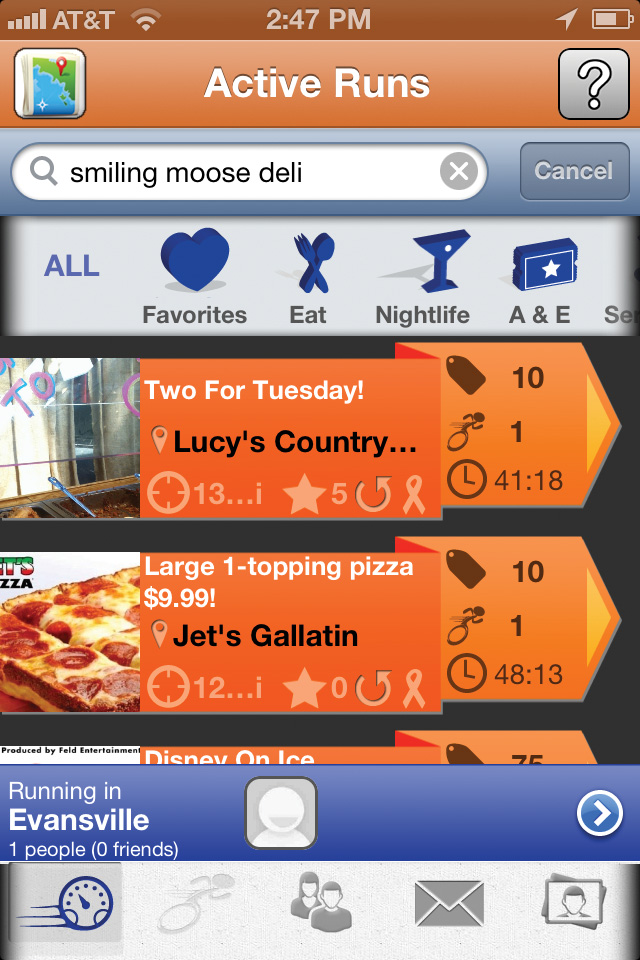 Where and how we shop hinges on affordability and convenience. Sometimes, it’s easier to order a more expensive product online just for the ease of e-commerce. But now, with the Internet in our pockets and a thousand more ways to spend money, being a smart consumer is as important as ever.

SPEADI is a new app developed with both local businesses and customers in mind. In short, SPEADI notifies users of last-minute deals and special services from local businesses. Say, for instance, a restaurant Downtown has more than half its tables open at 2 p.m. For $9.99 per deal, that restaurant can shout out a deal on SPEADI, alerting customers in the area they are offering free appetizers to the first five tables filled, half-priced entrees, or drink specials.

The app is made (and named) for speed. “A lot of deals are first come, first serve,” says Camilla Denison, president of Champion Laboratories. As one of the founders of SPEADI, Denison has seen the app used in creative ways. Hotels, sporting events, last-minute ticket deals, and farmers markets — with SPEADI, customers compete for business. “It’s good for almost any merchant,” she says. “If it’s near the end of the day at a farmers market and you have 10 lawn gnomes left, posting a buy one, get one free deal will save you the trouble of loading them back into your car.”

SPEADI first launched in Fenton, Mich., and later in Nashville, Tenn. “They need to be bigger cities with relevance,” Denison says. With a home currently in Evansville, she saw no better city to implement the app. The Smiling Moose Deli on Burkhardt Road hosted a SPEADI day on Aug. 25. “It got us a few more customers that day,” says Dave Deisher, owner of the deli. “SPEADI had cheap advertising, and I have high hopes for it.” Each business that signs up for SPEADI will have a QR code that allows “runners” (SPEADI users) to check in to receive the deal, and these runners can compete with each other to become city champions — or just smart, competitive consumers.

Visit www.SPEADI.com to learn more and download SPEADI for free on the iPhone’s app store.