Out of the Vault 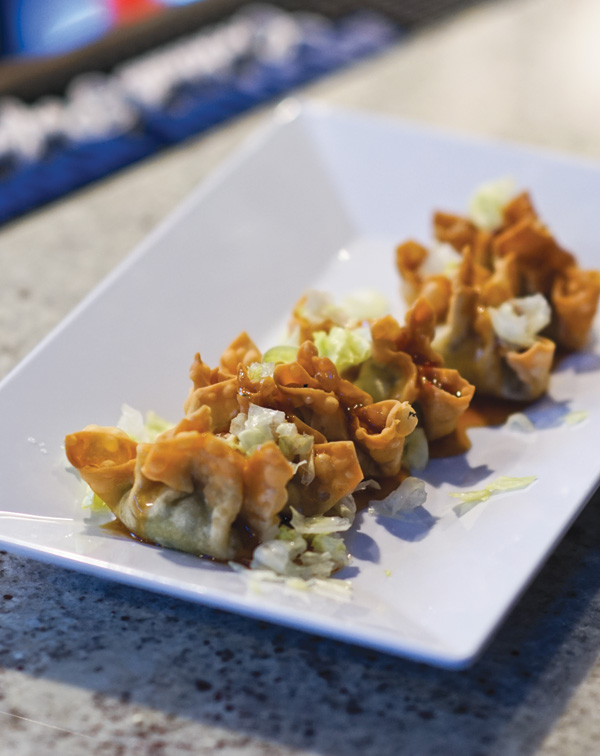 The Vault 329 has an extensive bar and a menu as rich as the venue’s history. Evansville native Chris Calhoun owns the Downtown restaurant and says the diversity of his other restaurants is evident on The Vault 329’s menu. Next to more traditional bar food like wings and nachos, the restaurant offers up items like Chicken Rangoon.

The dish includes cream cheese, white meat chicken breast, spinach, and a special Thai sauce, which is made in-house. Calhoun says the unique sweet and tangy sauce has created a reputation for itself, and many people also enjoy it on their wings or pizza.

Aside from operating The Vault 329, Calhoun also co-owns Wok ’N Roll on the East Side. He says incorporating items with an Asian flair into The Vault’s menu was a natural decision. Calhoun also operated the popular Nick’s Pizza & Wings, now closed, for many years.

“We’ve brought over some items from Wok ’N Roll and added a little twist to them,” says Calhoun. “It’s something people might not be expecting when they come in.”

The Vault 329, which opened in May, is located at the corner of Fourth and Main streets in the space formerly occupied by Little Cheers. Calhoun says the restaurant got its name from a few of the building’s unique attributes. Built in the 1920s, the space was once a bank and four vaults are located within the restaurant’s underground walls. One has been converted into the “Vault Room” where visitors pass by the 20,000-pound antique vault door as they enter. Another vault has been converted into the bar’s beer cooler.

The Chicken Rangoon, which costs $5 for an order of six, serves as a perfect appetizer.