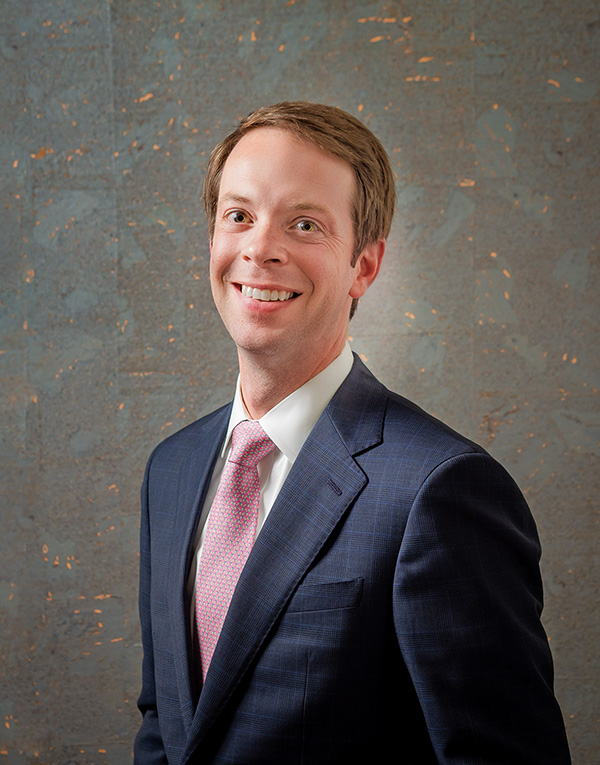 On Phillip Roberts’ first day back at work after his honeymoon in October 2014, he received a call from Alan Newman, then-senior vice president and regional manager of Hilliard Lyons, Evansville, with an exciting opportunity.

Nearly four years later, he and his wife Amelia are embedded in the Evansville community. Now, Roberts has risen to senior vice president and regional director of Hilliard Lyons, residing in Evansville, overseeing four additional regional offices, and replacing Newman who was promoted to executive vice president and executive director of Hilliard Lyons’ Private Wealth Department in Louisville.

What excited you about the opportunity in Evansville?
The Evansville Office, by a lot of different measures, is really held as the gold standard. It has been on the leading edge in our company for a long time in terms of focusing on comprehensive advice, financial planning, and wealth management.

Newman played a large role in your move to Evansville. What was it like to step into his position?
Make no mistake about it; Alan is a giant in every sense of the word in this office, in our firm, and certainly in this community. I think the biggest thing initially I tried to tell myself was I don’t have to be Alan Newman. I just have to be Phillip Roberts. And if I follow my instincts and use a lot of the good tutelage and wisdom Alan shared with me along the way, I think I can take great care of the people who I get to work alongside every day and we’ll all succeed together.

What are some of your goals now for Hilliard Lyons throughout the Evansville region?
First and foremost is to ensure, in my biased opinion, we remain the premier “destination of choice” for clients who value comprehensive advice and wealth management. Beyond that, my biggest priority is serving the wealth advisors and client service associates who I get to call my teammates and, above all, that they know they have a management team that genuinely cares about them as people.

Did you always imagine working more with people than with numbers and economics?
I knew early on in my career while I absolutely enjoy the markets and can be an economics nerd with the best of them, ultimately I felt like my passion and my skillset were better suited to serve wealth advisors and client service associates than to have my own book of business. For whatever reason it works for me. It really suits my personality, and I love the challenge.