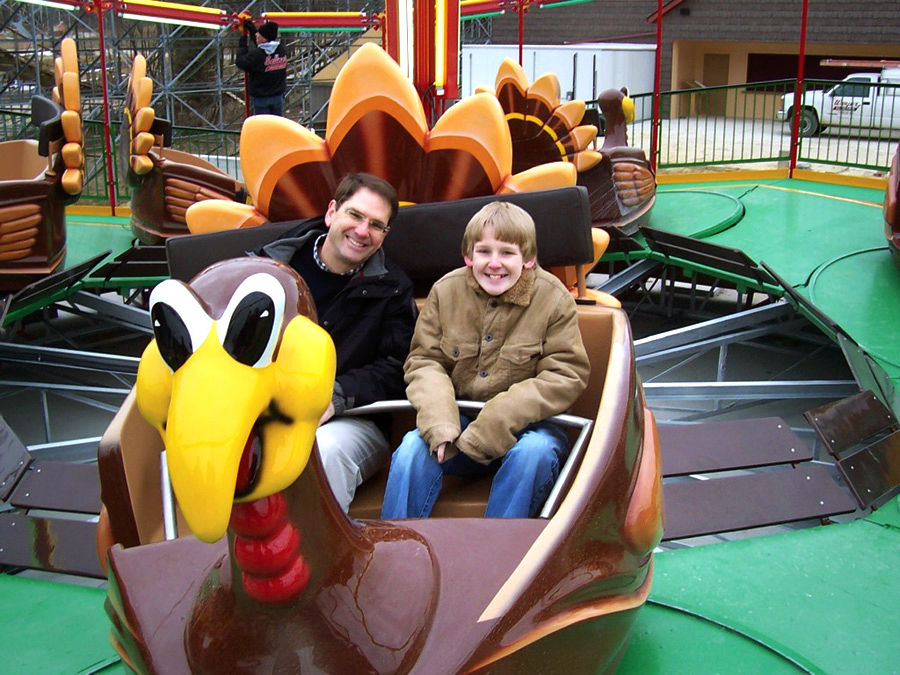 As president of Holiday World & Splashin’ Safari in Santa Claus, Ind., Will Koch’s career was dedicated to providing a fun, safe getaway for families. That career ended on Sunday, June 13, when Koch died at age 48 from what his family believes to be complications of Type 1 diabetes. As Koch’s family mourned, the park continued his mission by remaining open the day after his death. “We know that’s what Will would have wanted,” says Holiday World spokeswoman Paula Werne.

The home provides free or low-cost accommodations to Tri-State families who travel to Evansville, seeking medical care for their ill or injured children. The cause was close to home for Koch, whose young niece, Marie George of Indianapolis, underwent treatment for lymphoma and an immune deficiency disorder several years ago at Cincinnati Children’s Hospital. Her family found comfort and companionship at a nearby Ronald McDonald House.

Koch was known for embracing Holiday World guests as family, too. “At Holiday World, we often have visitors who are facing major challenges,” Koch told Evansville Living. “These stories touch our hearts very deeply.” His caring nature was part of the leadership philosophy that helped him propel the amusement park to record attendance numbers, several world records, and national accolades.