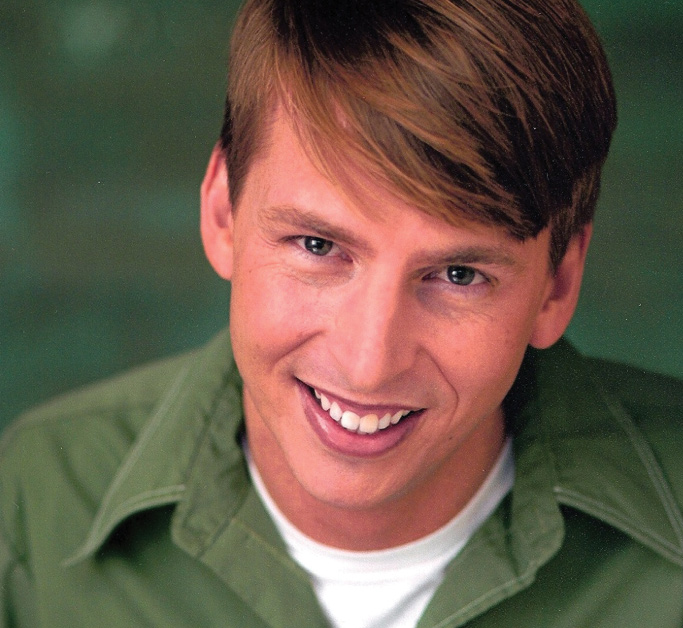 In an elevator on NBC’s sitcom 30 Rock, Kenneth — a charmingly naïve Southern boy who works as a lowly page in the show’s incarnation of the NBC studios — presses the button for the fourth floor. “Next stop, Kansas City,” he drawls in his best impression of an Old West train conductor.

The scene is a tribute to the comedy of Jack McBrayer, a 1995 University of Evansville graduate who plays Kenneth on the Emmy-winning show developed by and starring Tina Fey. McBrayer plays a goody two-shoes with an aloof innocence — a stark contrast to sitcom stereotypes who ooze lethal sarcasm. His role led to other opportunities, including the role of a geeky computer repairman in a Mariah Carey music video in which he engages in a seductively silly pillow fight with the singer. Even after a decade as an actor, McBrayer never imagined he would land, even fictionally, in bed with a superstar.

Shortly after graduating from UE and moving to Chicago, McBrayer, a native of Conyers, Ga., went to a show at The Second City, an improvisational comedy club whose alumni include Fey and celebrity comedians Steve Carell, Bill Murray, and Amy Sedaris. He soon signed up for classes at The Second City Training Center. “It was people just having fun with each other and, essentially, just goofing off,” McBrayer says. “I thought, ‘Oh my gosh, I kind of do this anyway, and these people seem to be making a career out of it.’”

Among the Second City directors with whom he worked was Fey’s husband, Jeff Richmond. Three years ago, when Fey was developing 30 Rock, she created the part of Kenneth with McBrayer’s deep Southern accent in mind.

McBrayer — who keeps in regular contact with former classmates and UE theater-department faculty, including John David Lutz, R. Scott Lank, and Patti McCrory — still feels star-struck working with a stellar cast and a slew of 30 Rock guest stars, including Oprah Winfrey, Jennifer Aniston, and Steve Martin. Slowly, he’s taken on a celebrity status himself, enough so he’s quoted in the January 2009 issue of Vanity Fair, in a cover story on Tina Fey. In it, McBrayer describes the new queen of comedy as “just a loony bird.”