Sherman tank joins the ranks at the Wartime Museum 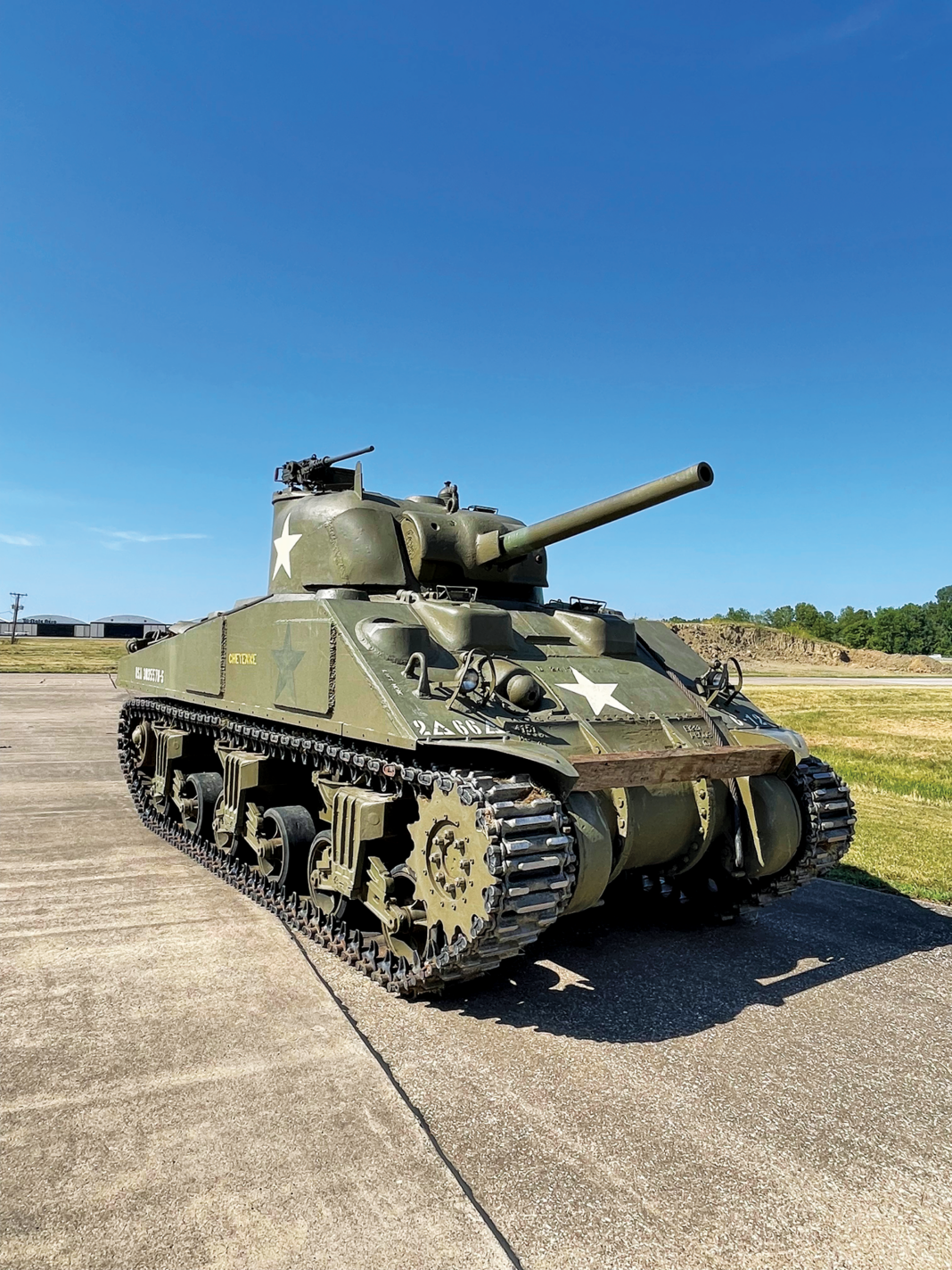 Unveiled at a VIP event on June 30 and now open to the public at the Evansville Wartime Museum, the 1943 M4 Chrysler Sherman tank was built at a plant in Detroit, Michigan, but it’s still representative of the River City’s wartime contributions. The museum bought the 67,000-pound fully operational tank this year at an auction in Texas.

“The fact that we can continue to acquire items like this helps us tell the story while also encouraging the public to come and see what we have,” says Forrest Gottman, the museum’s executive director. “Those Sherman tanks are considered one of the reasons we won the war, so it’s great that we’re getting this.”

In preparation for the new addition, museum staff and volunteers worked an entire weekend moving every item in the museum to create new space for the exhibits.

“It’s such a big deal in that we hope it (the tank) just catapults our museum to the next level,” Gottman says.