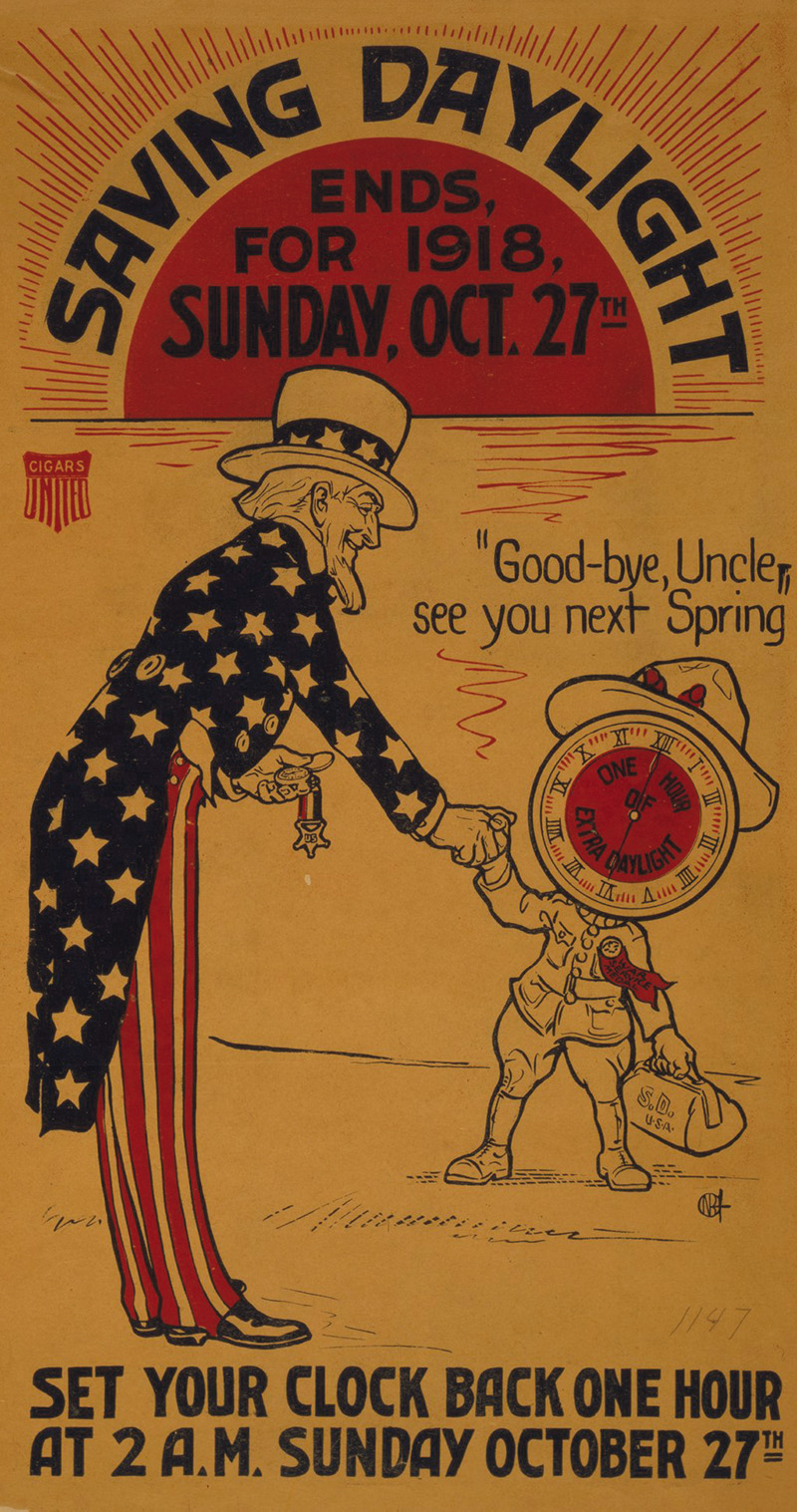 Daylight Saving Time (DST) has been observed in all parts of Indiana since 2006 when the state government passed a law in 2005, bringing all cities and counties under DST. But what is this spring and fall switching truly about?

Many of us who grew up in the Midwest recognize the significance of this time change in regard to the farmlands around us. Farmers use the extra daylight to their advantage when planting, tending, and harvesting their crops during the warmer months. In truth, Daylight Saving stems from a want to conserve energy.

But the U.S. has quite the complicated relationship with Daylight Saving. The concept of utilizing natural light to its maximum potential in energy conservation is not a modern idea. Americans know (or at least know a version of this story) that Benjamin Franklin is often credited with pitching the idea of DST in an anonymous letter to “The Journal of Paris” in 1784. His argument was the citizens of Paris would save money and candles from being awake earlier in the day. It was a “tongue-in-cheek” essay, many historians say, giving Parisians grief for their late-night ways. Nevertheless, many liked the idea. However, it was not adopted by any European countries nor the U.S.

Fast forward more than 100 years to World War I. Germany began its version of DST as war efforts began, officially observing the practice on May 1, 1916, as a way to conserve fuel during the war time. Europe came on board soon after. And when the Americans joined the Great War in 1918, the U.S. passed the Standard Time Act, which set the existing standard time zone system and put the Daylight Saving plan in place starting on March 31 that year.

While we may think of the benefits farmers have now, back then they weren’t so thrilled by the idea. They worried the change actually would give them less time in the morning hours to do necessary tasks and that the change put them on a different schedule than the people who bought their products from markets. When the war ended, Congress followed the will of the people and nixed DST. President Woodrow Wilson (who signed it into law) vetoed the repeal, and Congress then quickly overrode the veto.

If you guessed a war would be how DST came back to the U.S., you would be correct. President Franklin D. Roosevelt brought back the system, dubbing it “War Time” on Feb. 9, 1942, two months after the Japanese attack on Pearl Harbor. It was in continued use until September 1945, and this time, a more industrialized U.S. enjoyed the routine a bit more. So much so, many eastern states continued the practice after 1945 when the law was repealed.

It became evident very quickly how a country with products and people travelling across state lines began to experience a bit of chaotic time. In an article published on livescience.com, author David Prerau (“Seize the Daylight: The Curious and Contentious Story of Daylight Saving Time”) states during this time, a 35-mile bus ride from Moundsville, West Virginia, to Steubenville, Ohio, would experience at least seven different time changes during the journey. And for a time, Minnesota’s twin cities of Minneapolis and St. Paul were on different clocks.

We eventually got it down — in 1966, Congress enacted the Uniform Time Act to get things a bit more in line. Essentially, it gave states the freedom to choose if they would apply DST or not — but if they did, the entire state would have to observe the time change on dates established by the federal government. Since then, those official dates have changed three times over the last 50 years: in the 1970s during the energy crisis, in the 1980s when April was added to the timeframe, and finally in 2007 when it was pulled to a start date in March.

For us Hoosiers, many of us still remember the days of asking who was on “fast time” (DST) and who wasn’t. We’ve been all over the map, so to speak. From 1918 to 1961, the entire state was supposed to be under the Central Time Zone, though a plethora of communities adopted Eastern Time — and many also decided to observe DST on their own. When the Central Time Zone law was appealed in 1961, the Hoosier state entered into an era of confusion.

From heated political debates to federal lawsuits, different counties and parts of the state have switched time zones numerous times. Here in Southwestern Indiana, we’ve stuck to the Central Time Zone, with a few places adhering to Daylight Saving Time. The confusion ended in 2005 with the passing of a bill to bring the entire state of Indiana into the DST fold — accompanied with this bill was Senate Enrolled Act 127, which required then-Gov. Mitch Daniels to seek federal hearings from the U.S. Department of Transportation on deciding if Indiana should be Eastern or Central time.

The end result is a Hoosier state without a confusing clock — all counties and towns currently observe Daylight Saving, with six counties in northwestern and six counties in southwestern Indiana in the Central Time Zone.