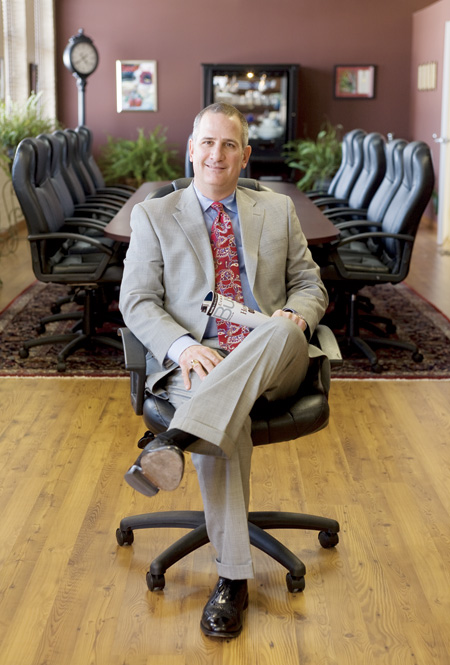 As I write this letter, or in this case, somewhat ashamedly dictate this letter as we roll through the Tennessee mountains, the last thing I want running through my head are thoughts of the November 2011 mayoral race. First of all, probably like you, I’m glad it’s over. But what amazed me more than anything over the last several months leading up to the election were the conversations that I had with people around town, where the overriding question was not “What will Candidate X do to stimulate and grow our local job and economic base?” but frankly, was “Why would anyone want to subject themselves to running for mayor?”

Think back to the last few months of this election cycle to the war of words, rhetoric, and accusations, and the mayoral election was relatively clean (as far as elections go). Would you be willing to put yourself out there for a year of public examination that is more than thorough, to say the least? And I must have struck a cord with more than a few readers last issue when talking about outgoing Mayor Jonathan Weinzapfel, where I referenced the incredibly malicious attacks by anonymous posters on websites on his character and integrity. Many readers, when referencing my letter said, “I can’t imagine running for any type of public office.” Several of these people would make outstanding candidates in their own right, but we will never know because they will never run.

My hope is that we will give Mayor-elect Lloyd Winnecke our full community support as he prepares to embark on his first term as mayor. I would be willing to bet that after enduring what it takes to reach Evansville’s highest office, that Winnecke is breathing a sigh of relief, realizing, however, now the real work begins.

It really bothers me to see the loss of another small locally owned business. John Stratman announced in mid-November that his Stratman’s Pharmacy, a long-time fixture on Main Street, and a satellite pharmacy located next to Deaconess Hospital have been sold to drugstore monolith CVS.

I have written several times over the years that it is the local small businesses — whether they be restaurants, retailers, or in this case one of the very few local drugstores — that make up the local fabric of a community. In this case, Stratman’s was more than a drugstore. It was a place to be greeted warmly by John or his son Nick, pick up a good bottle of wine, a gift or grocery item, or enjoy a tasty bit of tilapia at the cafeteria where you always could visit with the other patrons.

Many years ago, my wife and I stayed loyal to local pharmacist Jim Evernham. As the large national pharmacy players came into the Evansville market place, our local pharmacy went through a series of sales and mergers and we were finally confronted with the reality that all of our prescription fillings would have to be done by the aforementioned large chain, and I gave in. This is not a knock on the national mega stores where I’ve been treated very well and patronize frequently, but it concerns me that at our present rate our city’s streets could be analogous to The Stepford Wives. I know I wish the Stratman family nothing but the best as they move forward into a new chapter in their lives.

I might be just a little bit biased, but I really like this issue of Evansville Business that you are currently reading. I am equally proud that just as we celebrated a few short years ago the 10th anniversary of Evansville Living, we now celebrate a decade of publishing Evansville Business. Evansville was said to be too small to produce a paid-for city and regional lifestyle magazine — and certainly not large enough to support a paid-for business magazine as well.

Last year at the annual City and Regional Magazine Association Awards in Chicago, Evansville Business became one of five finalists for a national award, Best Ancillary Publication of a city magazine. Strange, there was no mention in the judges’ discussion of positive merit on this publisher’s page. I’m sure that was just an oversight.

I would also like to take a moment to thank the advertisers of Evansville Business. I hope you continue to patronize their businesses. I would like to also thank our subscribers and readers. I can assure you we can’t do it without you.