What’s In A Name: Lamasco 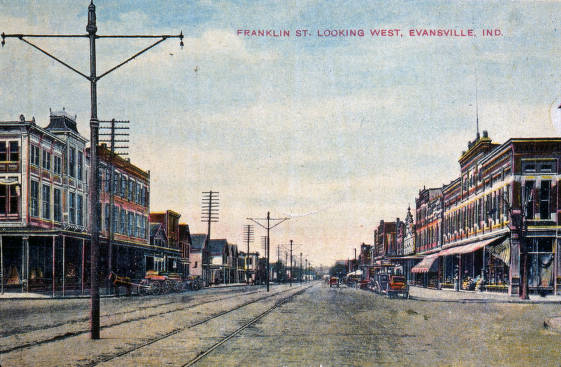 Evansville’s West Side is famous for its steep hills, German heritage, and unique neighborhoods. But while other sections of town developed their own personalities as Evansville grew, West Side neighborhoods such as Lamasco genuinely started as their own separate communities.

Originally bound by Maryland Street to the north, the Ohio River to the south, First Avenue to the east, and St. Joseph Avenue to the west, the nearly 500-acre tract that was geographically cut off from Evansville by Pigeon Creek was platted in 1837 as the City of Lamasco. The name is unique in the River City in that it’s derived from the surnames of not one but four local proprietors: John and William Law, James McCall, and Lucius Scott.

Shortly after being platted, the eastern portion of Lamasco was incorporated as Lamasco City and eventually merged with Evansville in 1857, while the western half stayed independent and even named itself that: Independence.

Lamasco’s population increased dramatically through an influx of German immigrants in the second half of the 19th century. Entrepreneurs, having spotted potential on the banks of Pigeon Creek and the Ohio River, had built saw mills on the shores, fueling an industrial boom and channeling new capital into the West Side.

Geographically cut off from the city of Evansville by Pigeon Creek, residents of Lamasco had to be self-sufficient, and they rose to the challenge. More industry moved into the area, factories lined the riverbank, and over time, shops and small businesses turned West Franklin Street into a bustling commerce center.

Several beautiful churches dotted Lamasco, including the twin-spired St. Boniface Church on Wabash Avenue, which served as a northern landmark for boats navigating the Ohio River. Built in 1882, the church included a stone grotto named Our Lady of Lourdes that has since weathered both fire and flood.

The town even had its own libraries. One, an Andrew Carnegie-funded Beaux Arts Classicism structure, was built at Wabash Avenue and Franklin Street in 1912 and is now the Evansville Vanderburgh Public Library’s west branch. (Read more about Evansville’s Carnegie libraries in the March/April 2022 issue of [Evansville Living] magazine.) The other, at the far east edge of Lamasco, is the spectacular Victorian Gothic Willard Library.

Although originally its own town, Lamasco and the larger West Side continue to impact all of Evansville in big ways. As the West Side kept growing into the 20th century, residents and business owners wanted to highlight and champion the area’s strength and character. Enter the West Side Nut Club, established in 1921 and launched with a simple Halloween masquerade street party that attracted an estimated 25,000 people. The first festival was such a hit that the club staged it each fall, and it grew into one of Evansville’s most-attended and talked-about annual events: the Fall Festival.