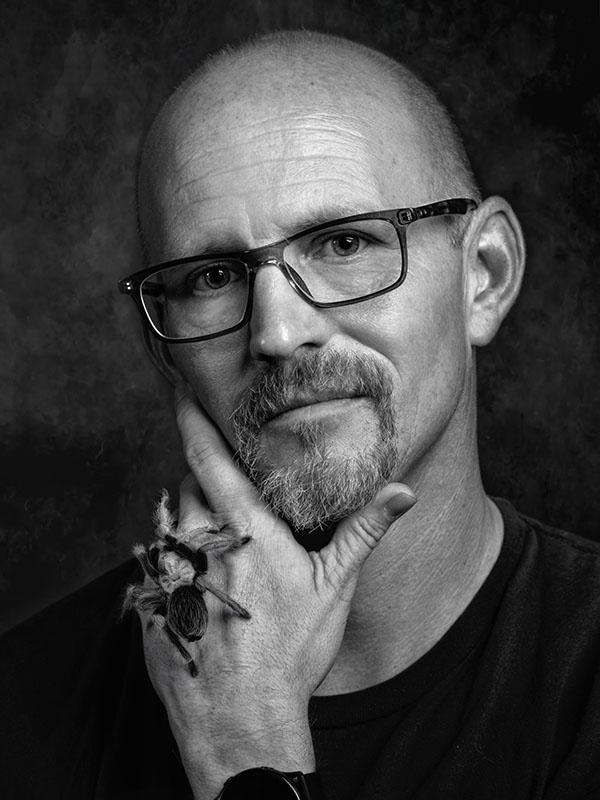 By day, Evansville native Kevin Wiener works as senior technician for SWAT Pest Management. By night, he runs a Facebook group called All Bugs Go to Kevin, with more than 60,000 members. He sees himself as a troubleshooter and detective on the job, conducting extensive research on insects and sharing his respect and appreciation for them.

But it wasn’t always that way.

“I used to be terrified of spiders, I used to be afraid of stinging insects, but I loved the outdoors,” says Weiner. “I wanted to get good at my job at SWAT Pest with all of these bugs that I couldn’t stand. I started to learn about them and realized that my fears made no sense. It was liberating for me to overcome my fears.”

Wiener created the Facebook group in May 2019, founding it to help other people overcome their fears of insects through education.

Photography is an integral part of the group; Wiener rekindled a love for macro photography and now shares stunning photos of crawly critters.

“I’m tired of seeing this stigma about everything with six or more legs,” he says. “I felt like I could relate to people because I’ve been that person. I felt like I could help people through some of the methods that helped me overcome my fears.”

After a year of immense growth in the group, Wiener was contacted by Facebook representatives who were curious as to what made the group so successful. A combination of positive rules, members who are eager to learn, and 10 group administrators from all over the world contribute to this thriving digital community.

“I’m incredibly thankful to have people who see my vision and try to stick to it,” he says. “To have the kind of love and respect that I have from them and give to them as well, I’m just so grateful.”

Several insect experts serve as an educational resource to the group. Less than a year after the group’s creation, Wiener was invited to speak at the Entomological Society of America’s national symposium. More recently, he visited the Global Center for Species Survival at the Indianapolis Zoo to help on conservation projects.

Wiener’s passion for insects was also a source of pride for his father, Daniel, who died March 9, 2022.

“Seeing all of these things happen meant the world to my dad, and he passed away recently. He’s been so proud of all of this, and he’s really the one who gave me the love of nature and the outdoors,” he says.