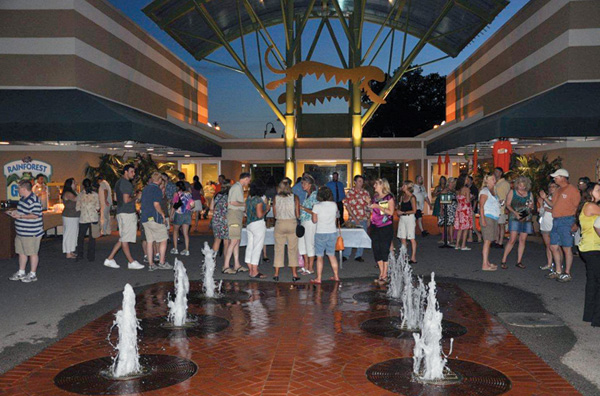 A family-friendly atmosphere exists at Mesker Park Zoo & Botanic Garden. Proof? Boo at the Zoo, a Halloween event; the Or-Kid Escape, an annual youth-centric tour of the orchid exhibit; or Breakfast with Santa. But two years ago, Charlotte Roesner, the zoo’s marketing director, wondered how to attract young professionals. Why should there be an age limit on who could enjoy the zoo? Thus, 2010 marked the birth of Zoo Brew, an adults-only event showcasing a product growing in popularity: craft brew. This drink trend demands brewers focus on quality beers and not beverages produced in high volume. (Sorry, Budweiser fans.)

Zoo Brew offered those unique drinks at beer stations from the Ohio Valley Homebrewers Association, Indiana microbrewies, and local restaurants. Patrons began in Amazonia, the zoo’s rainforest exhibit, and followed a path around the lake. The small section offered a sampling of the more than 700 animals and thousands of botanic species at the zoo. The expectation for Roesner was, perhaps, 1,000 attendees would enjoy the tasting event. That number was surpassed.

With such interest, the event returns June 11 with a few changes. One important modification: Roesner eliminated the designated path patrons followed from one beer station to the next. Drinkers will be allowed to roam — just like wild animals but with a sophisticated palate.