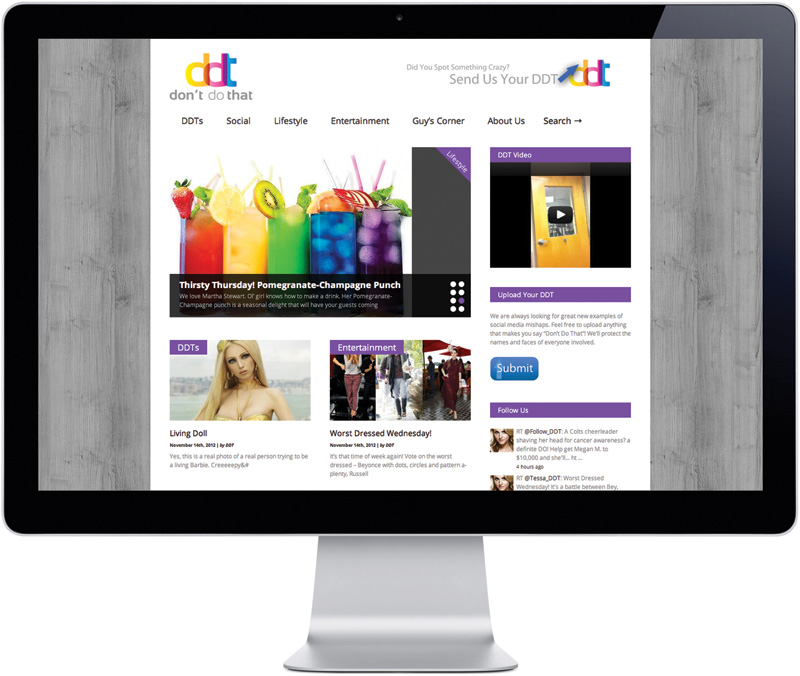 Whose Site Is It? Inspired by those infamous Facebookers who fill up newsfeeds with inappropriate posts, best friends Tessa Caccavallo, Angela Beltchenko, Amy Smithhart, and Christy Hayes launched Don’t Do That — a website dedicated to social media no-nos — in October. With the tagline “Did you spot something crazy? Send us your DDT,” the site encourages reader-participation, allowing followers to submit social media posts, videos, and pictures that make them say, “Don’t do that.”

Originally planning to write a book, the women — all who grew up in Henderson, Ky., aside from Chicago native Beltchenko — decided to first grow a fanbase. Taking to the Internet, Don’t Do That has accumulated a widespread readership on both their website and Facebook page. “For being just a few months old,” says Caccavallo, “the traffic is great. It takes some sites two years to get the traffic we’re getting.” Because of their initial success, the ladies are releasing an ebook in January.

From a business standpoint, there are plenty of DDTs that correlate with social networking. Caccavallo’s advice: “Those who are currently searching for jobs have to realize that everything that’s ever been posted about them on the Internet is accessible, and most employers do a Google search on a candidate before an interview. For those employed, be aware that your boss and coworkers may check your pages from time to time. People have been fired over things they’ve tweeted or posted to Facebook. Don’t post comments like ‘I hate my job’ or ‘My boss is a jerk.’”